As a part of my job, I go to museums.  A lot.  I see the same things over and over and some exhibits come and go.  Many of the exhibits are interesting, but one I saw recently knocked me out completely.

It was by an artist called Ragnar Kjartansson, who is Icelandic and a genius.  Ragnar, if you reading this, you are a complete genius. The exhibit was called “Visitors” and it was at the Institute of Contemporary Art in Boston.  The exhibit is hard to describe and was extremely hard to photograph.

What it consisted of where projected images that looked almost like Dutch paintings, but were in fact film.  The foreground was moving, but not the background, creating almost a feeling of being three dimensional.  In each piece, a person was playing a piece of music and all the screen were synchronized.  The effect was like being in a symphony orchestra, but playing old fashioned American blues music.  I could have stayed in that room for hours.  That is how beautiful it was.

Photographing it was not easy and the photos don’t come close to what I saw in that room.  At least you can see the exhibit: 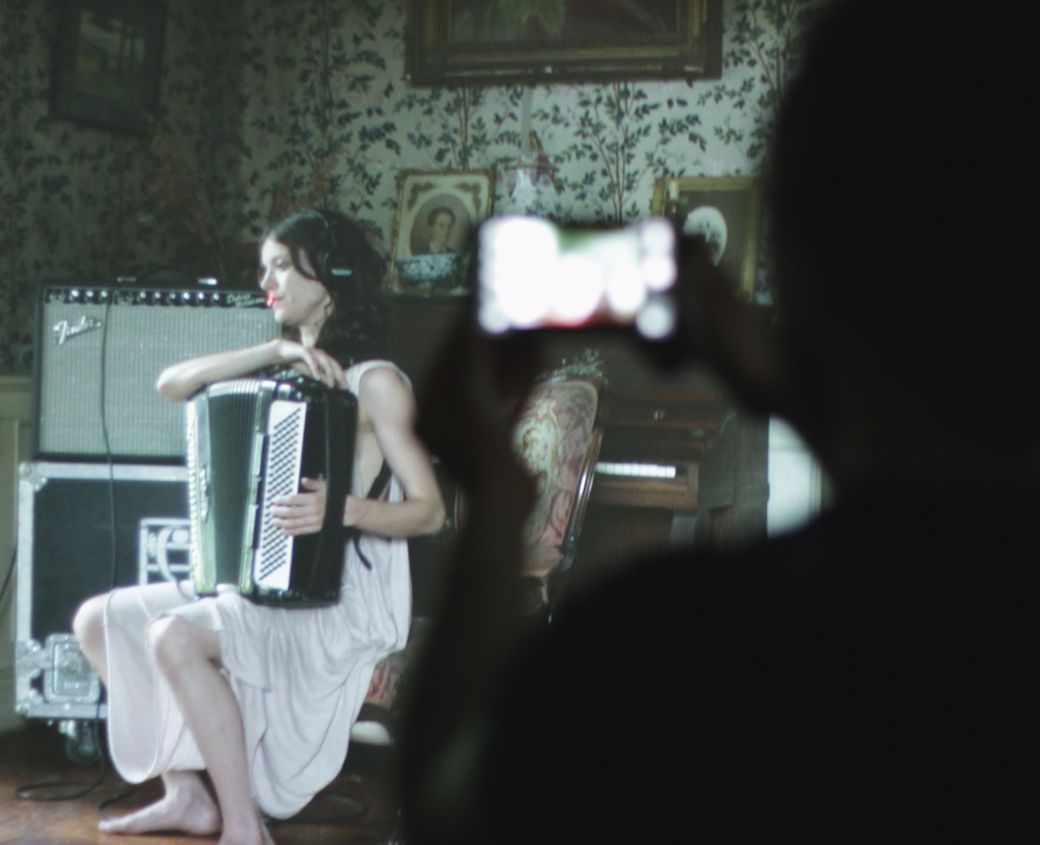