My favorite character on Mad Men is Roger Sterling.  Sure, Don is the sexy one and Campbell the smarmy little striver, but Roger, he gets all the good lines.  I knew I loved him when Don asked him in the first episode “What do women want?”  And Roger said “who cares?”

My all time favorite line from Roger was when he was doing some kind of youth-centric campaign that neither of them quite grasped.  Roger goes “there’s probably a guy in the bible running around going ‘kids these days.'”

So, this is my “kids these days” entry.

A couple of days ago, the announcement came from Apple about the iPhone 6.  Larger screen, some kind of other changes, blah blah blah.  So now the people on the train in the morning were going to have larger iPhones.  I write this as an iPhone-less person.  I have an Apple computer and an iPad and and an Android phone.  I have all I need on the phone and as a bonus, I use it to occasionally call someone.  I haven’t actually started a business on it or filmed an Oscar nominated movie on it or anything.   I also generally dislike small screens with small buttons.

Today I went by the Apple store on Boylston street to take a look at people waiting on line for the iPhone 6 that goes on sale at midnight tonight.  There were chairs and sleeping bags and quite a line for something that isn’t really that different from what is currently available.  Not to mention most of the people on the line were actually using iPhones.

Now right here I could go into an entire politically tinged rant about all that is wrong in the world but I won’t do that.  Like I always say, this is a blog about flying dogs, bad fashion and the weird things I do on the weekends.  Politics doesn’t really belong here, unless it is someone who is wearing a giant Obama head.  Then you are welcome.

1. Tickets to the next Olympics.

3. Free tickets to any ski resort in Switzerland.

7. Free rent for an entire year.

8. One hour sarcasm-off with Michael Kors.

9.  Trader Joes shopping spree, where everything is free.

Photos of people with some other ideas: 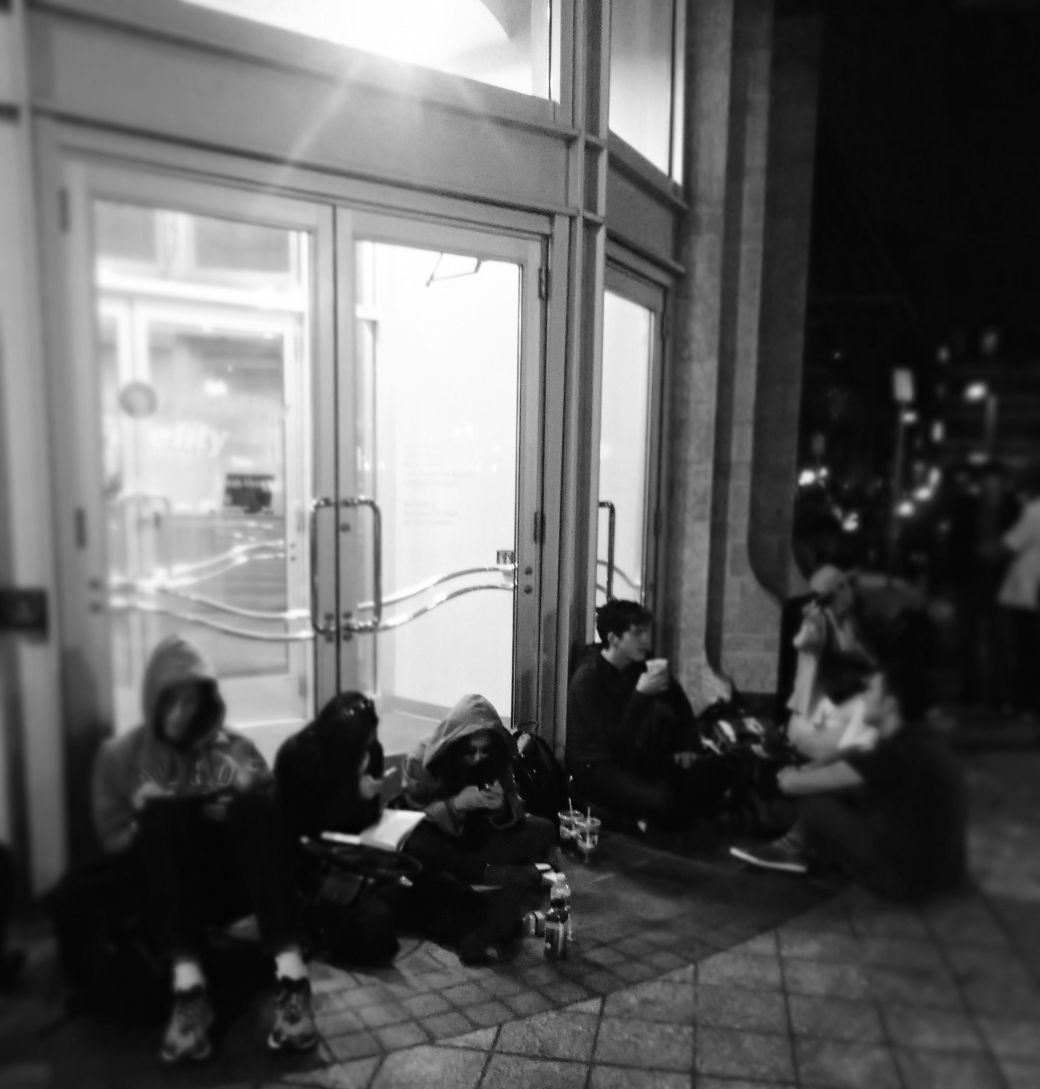