Ok let’s get right to the news. Since being covered in an entire Gronk of snow, the following things have happened:

1. The Boston Globe changed the name of the MBTA from the Massachusetts Bay Transit Authority to Maybe By Tuesday in April.
2. The mayor of Boston has taken to the airwaves to tell Bostonians not to jump out of windows into giant piles of snow head first in their underpants.
3. I have taken more taxis in the past few days that I have taken in nearly six years of living here.
4. The news has started writing about passive aggressive notes and wars that are taking place over parking space maintainers. There is usually a threat of physical violence involved in those passive aggressive notes.
5. God was mentioned on this blog.

I mean this is the end. It has to be.

God, an abstract concept at best in the realm of this blog has suddenly become real. Well, real enough to opine on the current state of snow fall in Boston. What does God have to say about it? Nothing good. He (she or it) is angry about it and wants it to stop, if these photos I got of Jesus and Mary in the North End today are any indication: 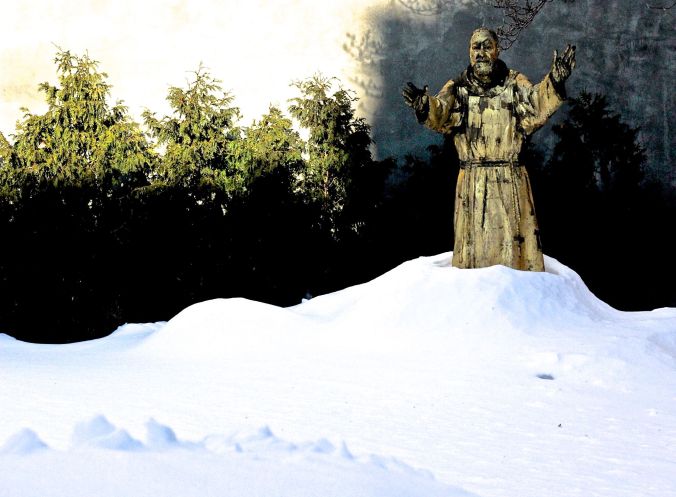 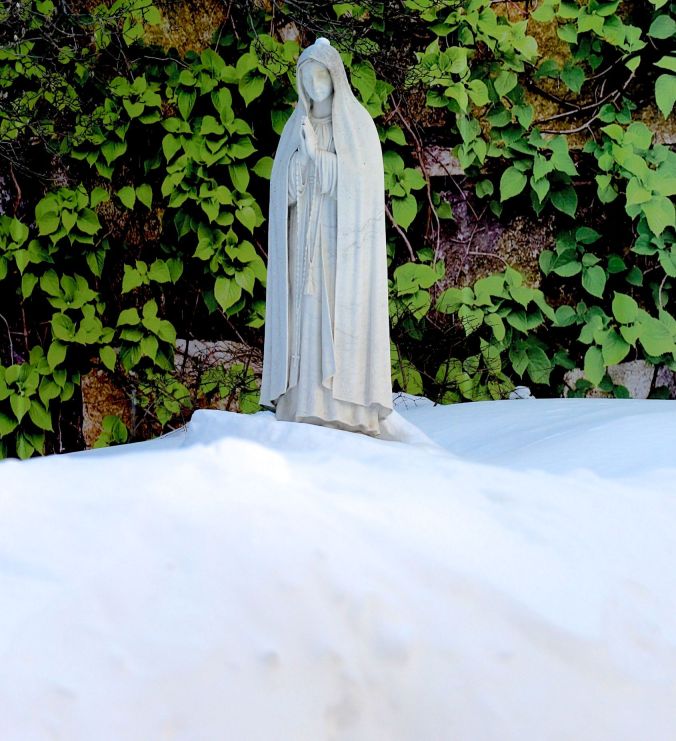 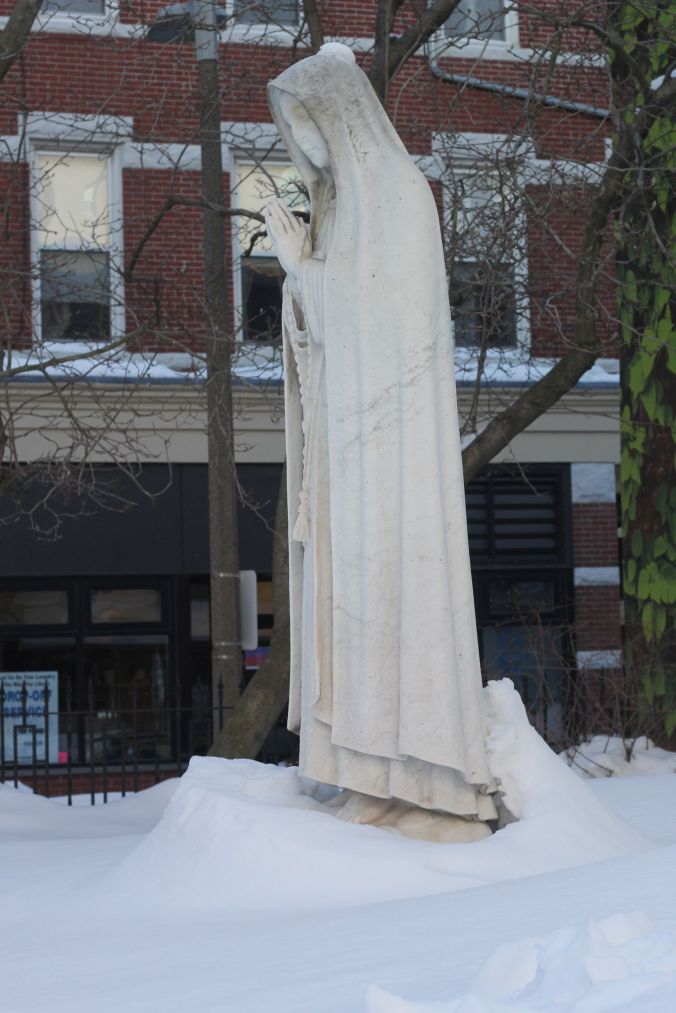 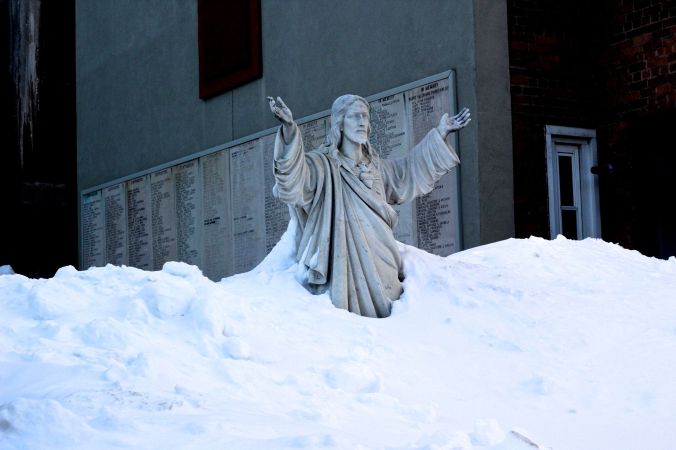 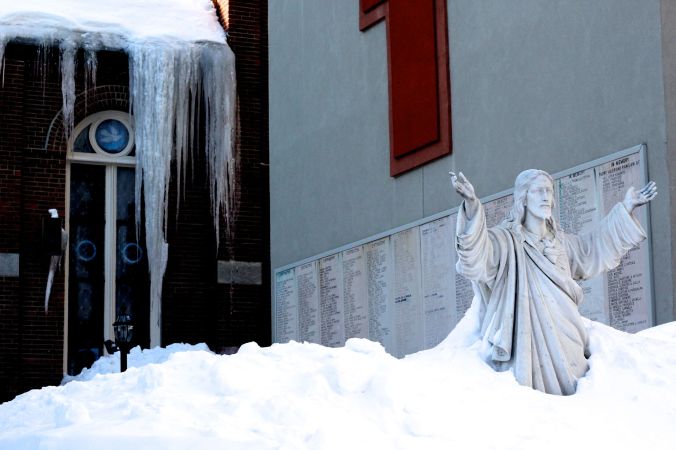 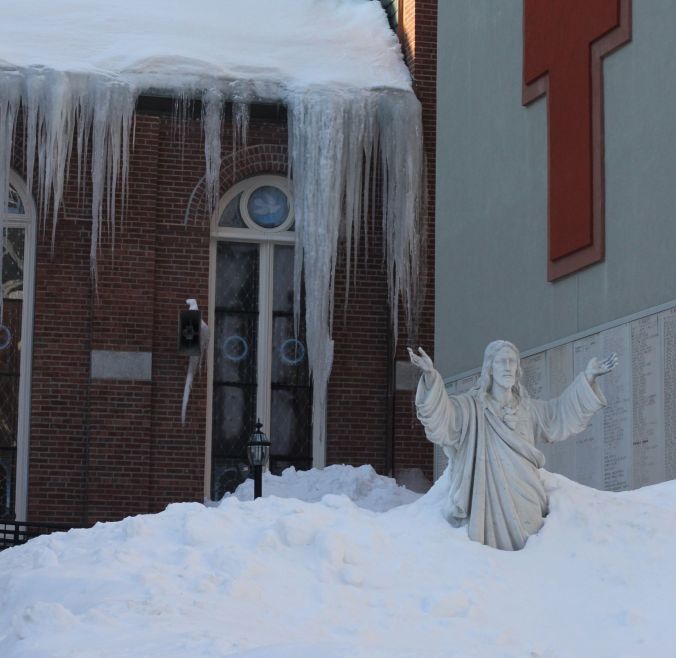 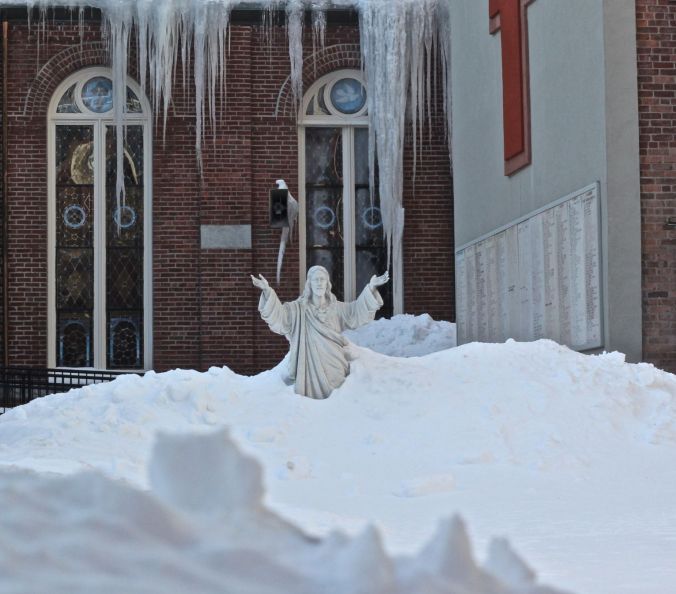