I remember seeing an interview with Martin Scorsese where he said that he always did the same shot over and over in his films. It was like his go to shot.

I guess when I started being a photographer, I knew had to have some kind of ace in the hole when I got into trouble and I couldn’t get the image that I wanted.

The other thing is that when you start being a photographer, you copy. I mean all artists (I’m not calling myself one) copy when they start making art. As do photographers. When I learned about Alfred Stieglitz, his early work copied another photographer. I would go out on a limb and say that a lot of the work of Robert Mapplethorpe copies or is “significantly influenced” by Edward Weston.

Anyway, let’s be done with the art criticism portion of the broadcast. So there is an image that I just copied and copied from a photographer named Andres Gursky. Here it is:

When I saw this image for the first time, it was life changing. No, I’m serious. It was exactly the type of photography I wanted to do. I wanted to take ordinary thing and make them look artistic. The building looks like a Mondrian but it is just a regular building.

For a long time I tried to photograph skylines, but they always looked the same. Too many wide angles but when I saw the Gursky photo, I unlocked the secret of taking a good photo of a skyline. Stick to clean parallel lines.

The Santiago sky line had plenty of those and they were somewhat reminiscent of the Gursky shot even in their contents. Let’s check them out: 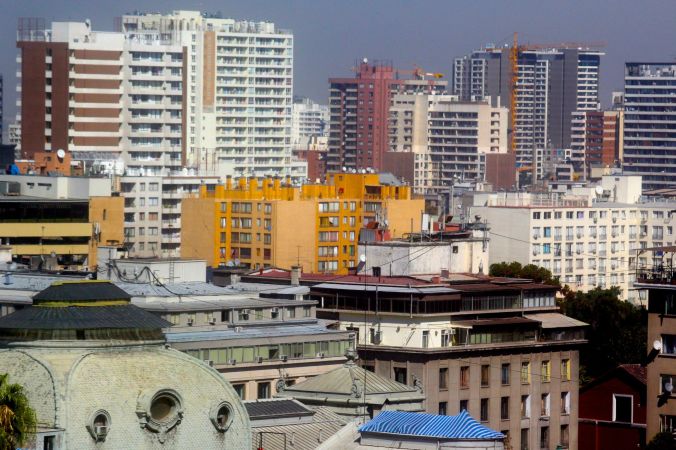 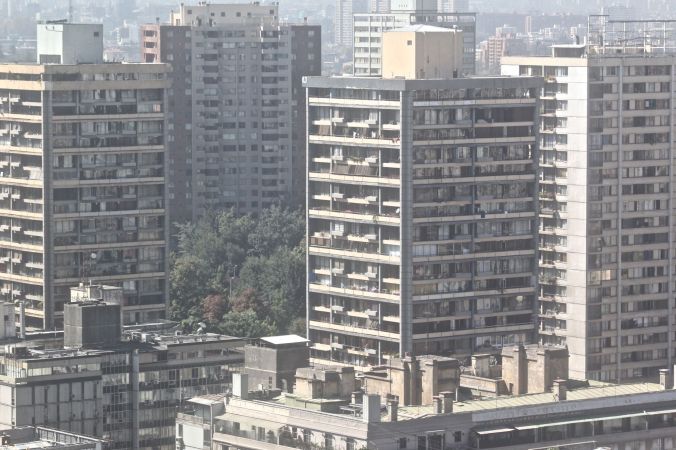 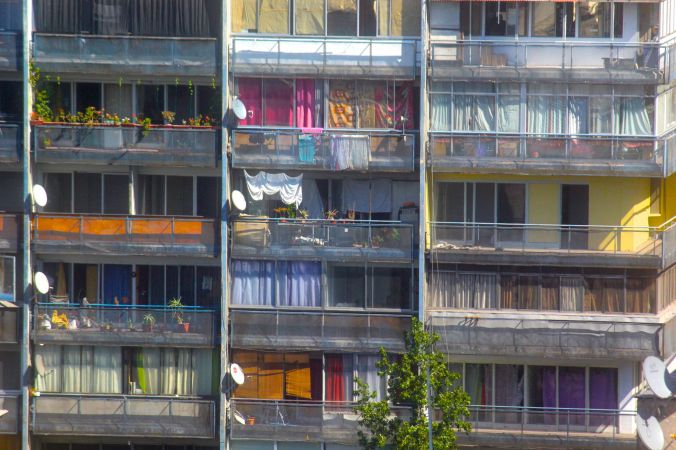