I can’t even believe that a few years back I didn’t celebrate the fourth of July. I never went to see fireworks and it wasn’t even a holiday for me. It was just a day off, to be spent doing nothing much at all.

Now it is a major celebration. I always say that it has to do with the fact that I became a US citizen and just kind of decided to start participating in what was going on in the United States, but I do now enjoy the holiday. I have an American flag t-shirt that I wear every year and this year I got a tattoo. A fake one, but a tattoo of the American flag to commemorate the occasion.

Other people, well other people choose to commemorate the holiday in much more colorful ways that I did.

Example number one. This man, who I did a double take and nearly thought was Flavor Flav, but it just turned out to be a guy who looked like the be-clocked, be-horned former boyfriend of Brigitte Nielsen:

Next up, a man (or woman) who is on this blog continually. The legendary, famous, telegenic Keytar Bear celebrating American freedom the only way he knows how, by wearing a t-shirt and playing the Keytar:

Next, a couple of be suited patriots: 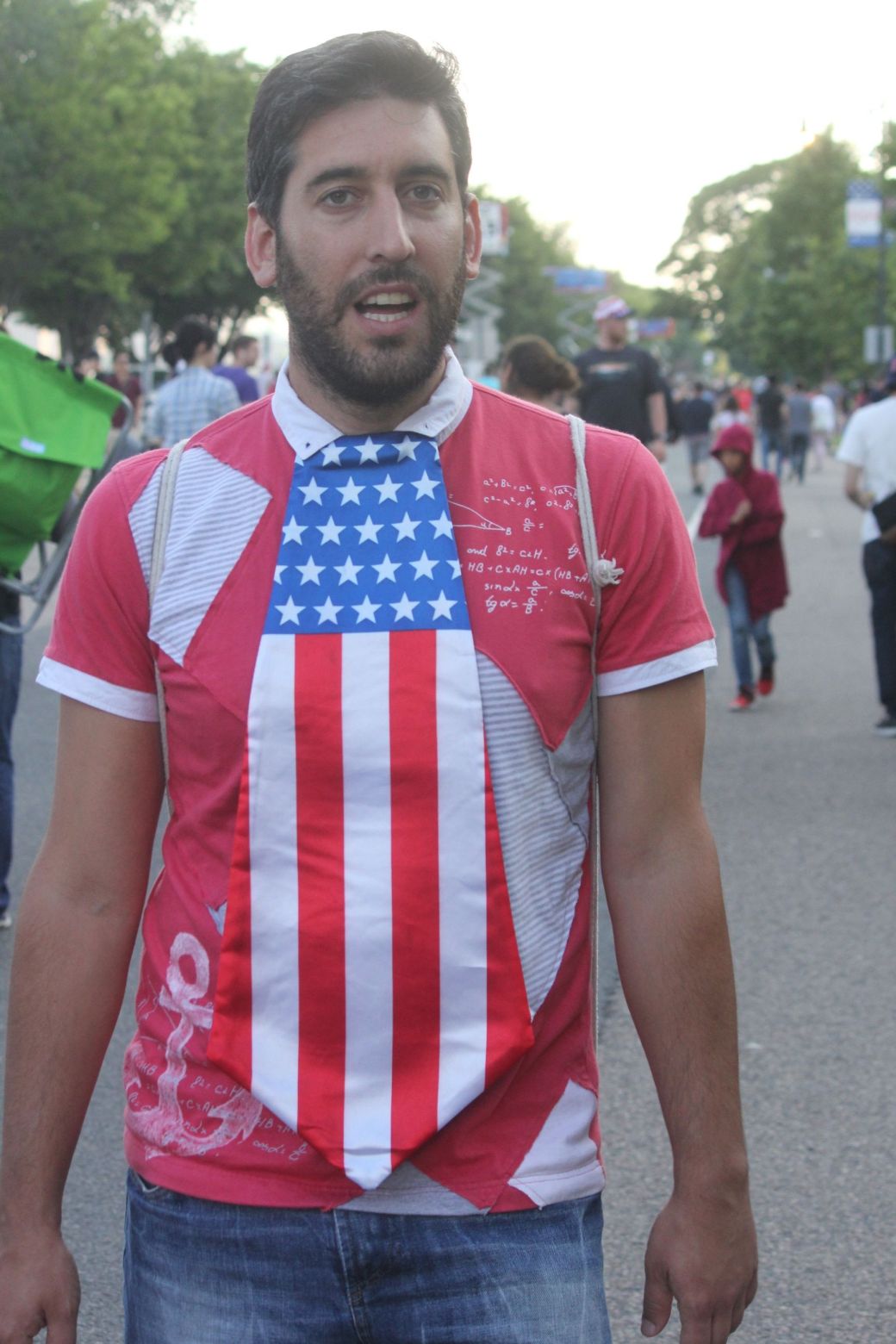 Last but certainly not least, a man who decided to express his patriotism. Through his beard. God love you: