I keep almost writing “naked man” but he was only mostly naked. Kind of like Wesley at the end of Princess Bride when Miracle Max brings him back to life. Just mostly dead… But somewhat alive. Anyway, so this will be the last work on the mostly naked guy who was classing up the joint up here for a couple of days. I learned from my good friends over at Universal Hub that the man on this blog with his dancing and the high heels was violating the law and was about to be hauled off by the police because his thong was smaller than the allowable size for a publicly worn thong. The law in Massachusetts, I learned, dictates that a thong be one inch in size and my mostly naked man, as you all saw from the entry, was way below a half an inch.

Well, anyway, that’s all I’m going to say about for a while. Until I photograph another mostly unclothed fruit loop. Until then, let’s busy ourselves with some sand related matters. Awkward transition!!!!

In all the naked man related madness, I forgot to post my photos from the Revere Sand Sculpting Festival that happened last weekend. The sand sculptures get bigger and greater every year and that makes the festival that much more enjoyable. Its one of the things that make the already great Boston summer yet better.

(Everyone in this entry is clothed)
Sand sculptures!!!! 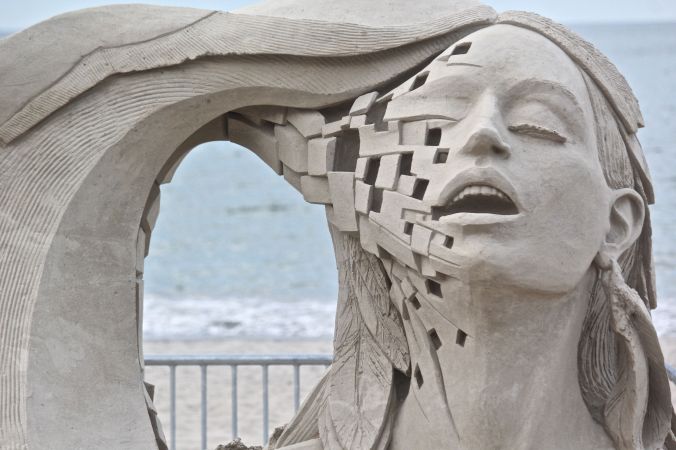 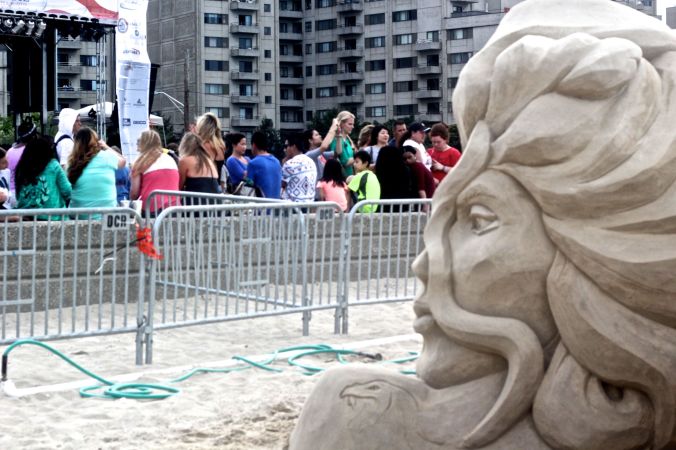 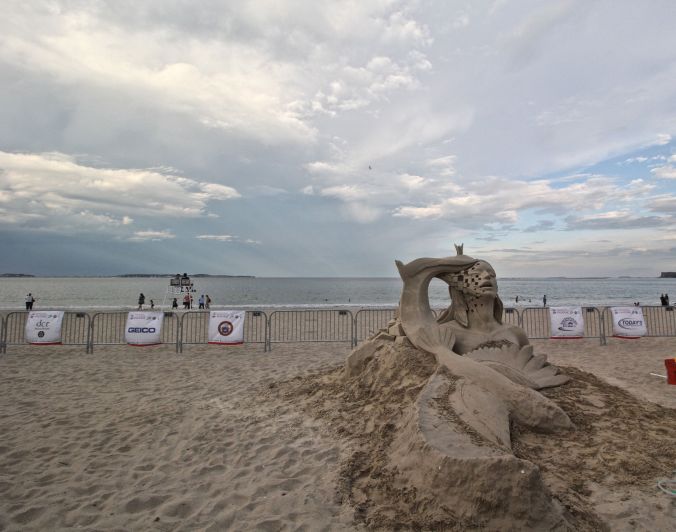 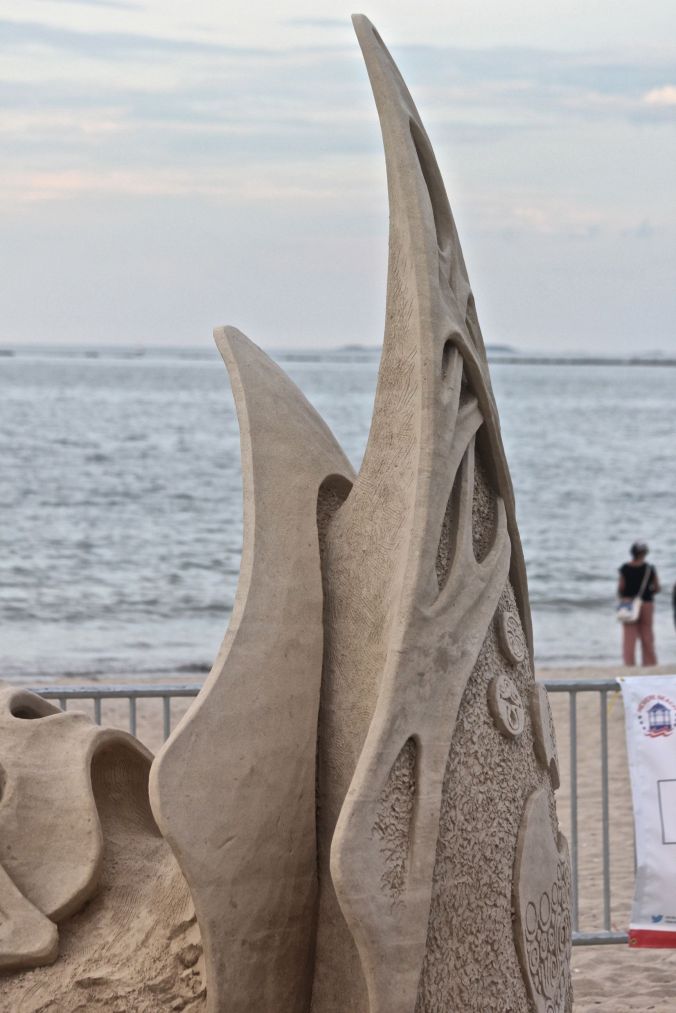 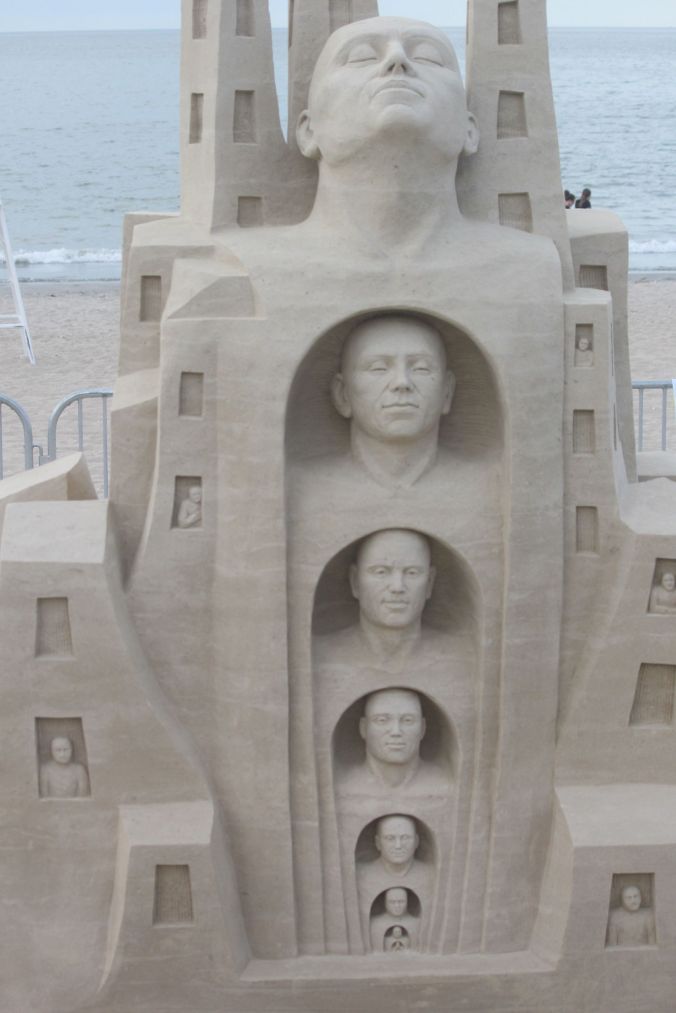 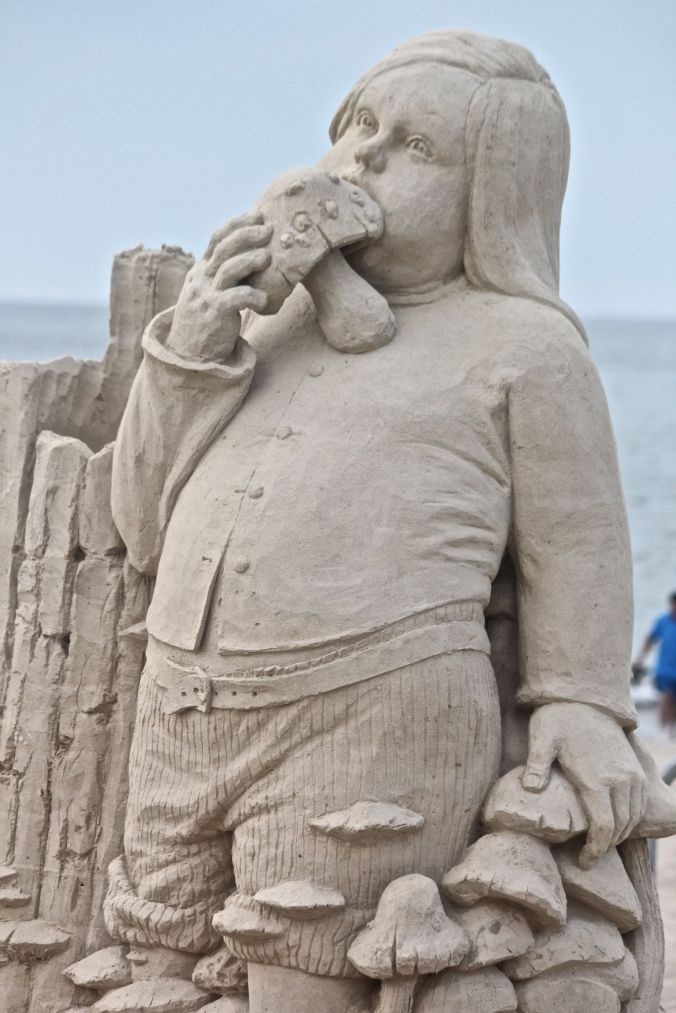 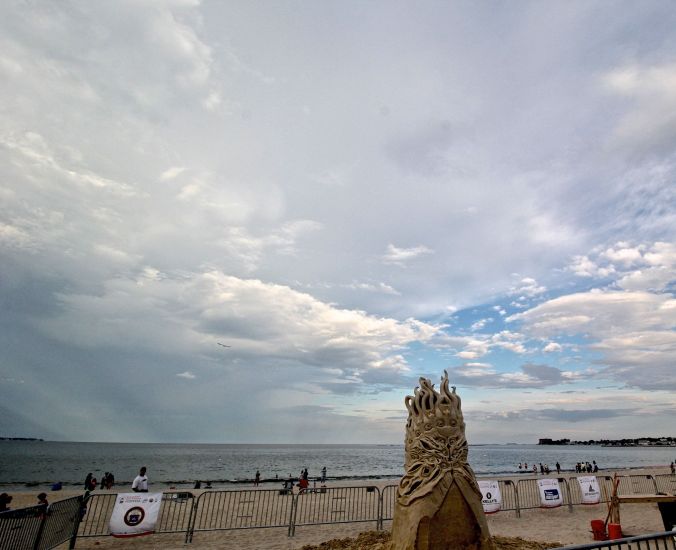 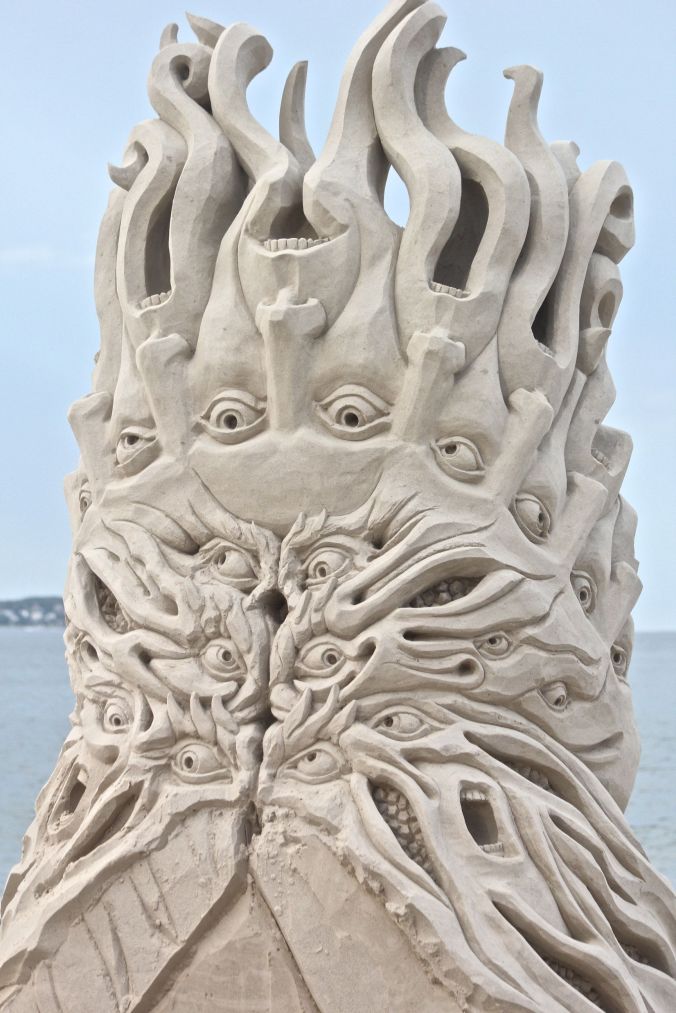 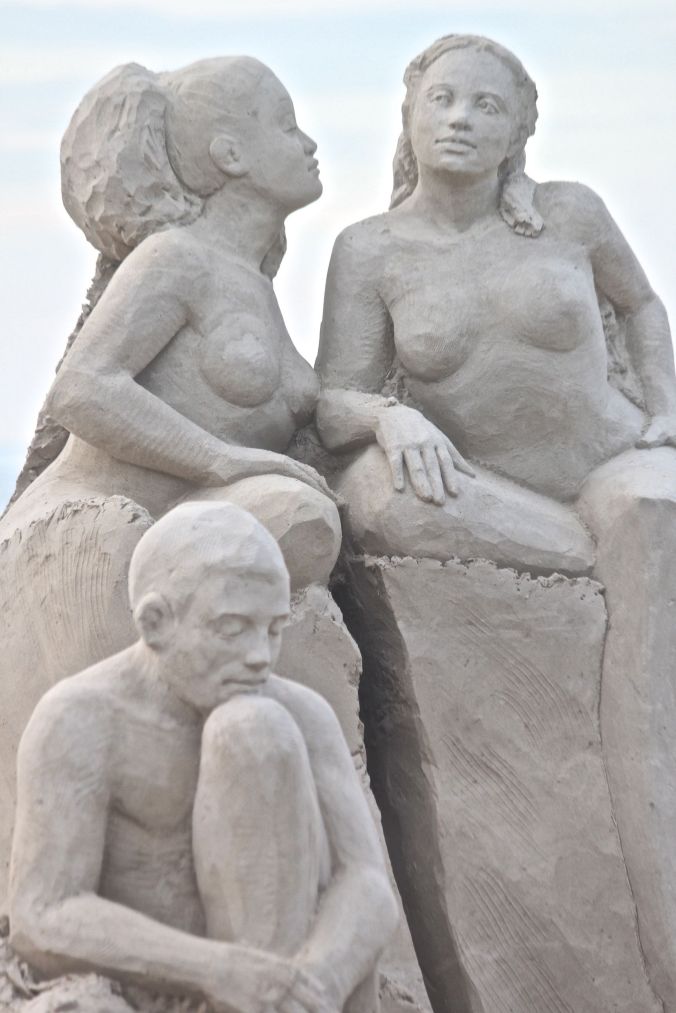