So many Boston Fashion Files!!!!!!

Well, this one isn’t technically a Boston one, rather more of a New England one, since these photos are from Vermont.

On Saturday it was 60 degrees in Stowe.  I still wore my normal skiing gear, minus the eight layers of cold protection.  Other people had other ideas.  Really interesting ones.

I saw a guy dressed as a bear with his chest exposed.  Another guy was skiing in the smallest pair of booty cutters I’ve seen this side of a Hooters.  Unfortunately I didn’t get a photo of the young man in the small pants.  You’ll have to use your imagination for that one.

Why the weird attire?  It was 80s weekend at Stowe, where people wore neon, spandex and looked the way I imagined skiers looking when I was a kid.  I mean that’s how they looked when I was a kid, but I was a kid so I thought neon wearing skiers were normal or whatever.  That sentence doesn’t make sense, does it?? 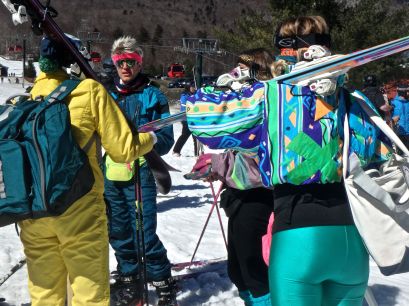 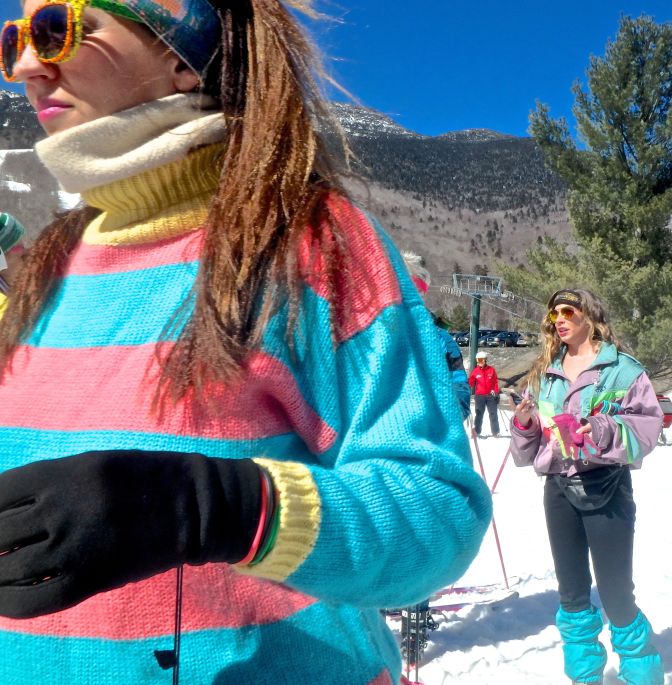