Eh, you know its one of those days when you appreciate the friends you have in your life.  Sixteen years ago, I went for a job interview at a company in Falls Church, Virginia.  One of the people who interviewed me was wearing basketball shorts and seemed to be a bit tired to be sitting there at 11am.  This guy became my first boss at my first job.  His name is Herman.

We worked the night shift in this job and he’d drive me back to my apartment, which was in a rather interest location at the time.  Not until years later did he tell me that he would not have let me return there at late hours.  At the time, he played it off as if it was a favor.

Needless to say, Herman and I are pretty much best friends.  I hope he reads this and disagrees with me, but I’m going to say best friend.

Herman is also the king of saying all kinds of funny things.  He referred to a character on Star Trek as “36 of DD,” in an obvious reference to her intellectual assets.  He referred to his two dachshunds as “Romeo and Hamlet.”  There are so many of his little sayings I have incorporated into my daily speech that I’ve lost track.

On one faithful journey through New Jersey, Herman’s home state, we drove through a spot with two huge cemeteries at each side of the road.  Herman goes “there’s the valley of death.”  Yesterday on a quick sojourn to New York, I saw another valley of death and thought of Mr. Herman: 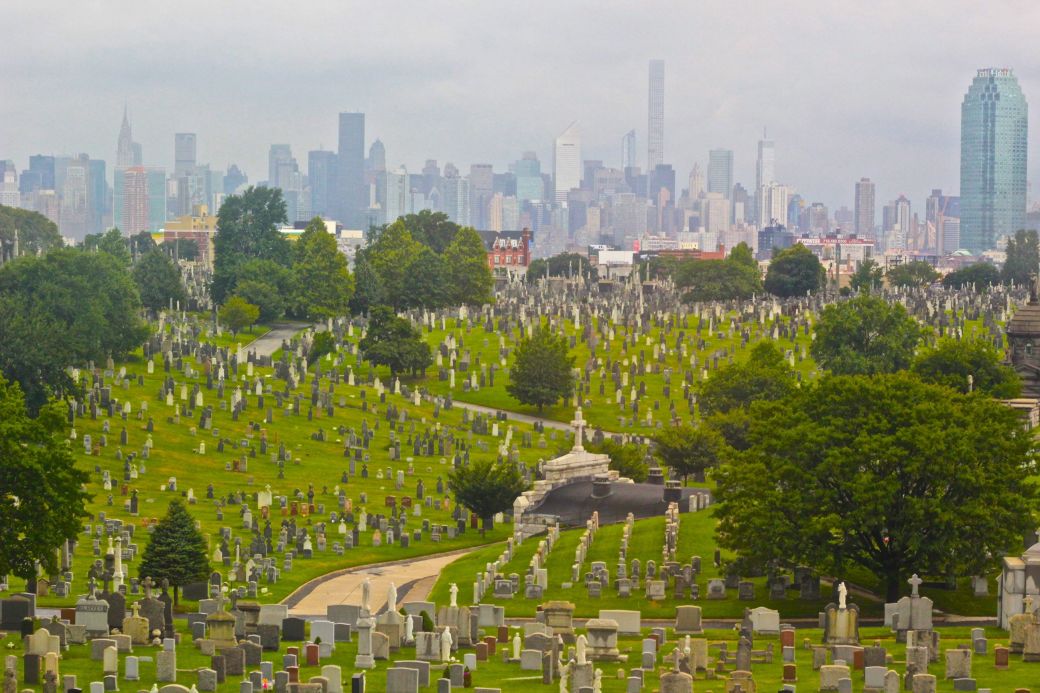 I bet no one has ever seen the skyline looking quite like this.