One time I was talking to a former coworker of mine and I mentioned how Gandalf was my favorite character from Harry Potter.  Now people all of my blog reading public (27 and counting!!!!) please do not write to me at the same time.  I did realize my error and I know that Gandalf is the wizard from the Lord of the Rings movies.

I just open the blog entry with this short anecdote because it illustrates how little I actually know about the world of fantasy and science fiction.  I know next to nothing about it.  So why do I attend Comic Con every year???  BECAUSE IT IS A TON OF A FUN.

Below here there is going to be a picture of Mr. Spock, Vulcan (I think) not world famous baby doctor.  Mr. Spock, played by Cambridge native Leonard Nimoy, was a person that I even knew.  Leonard Nimoy is one of my favorite people of all time, simply because his voice is used to test the surround sound speakers in the theater at the science museum.  Who put the bomp, sho, bomp, bomp in the bomp sho bomp bomp, Mr. Spock intones over the loud speakers.  Somehow I imagined all Spocks (Nimoy or not) to be totally friendly.

Now the Spock I encountered at Comic Con was not unfriendly, but let’s just say he was a bit demanding.  First, he wouldn’t let me take his photo until I observed the rule on the sign above his head that said cosplay is not permission to take a photo.  Then he asked for a contribution so I could take his photo.  Then he ran away when I tried to take our photo together.  I mean he finally played ball when I handed over a couple of bucks.  It was all in good fun though.  He was raising money for epilepsy and hey, whatever.  It was all for a good cause.  Gotta give Spock points for enthusiasm.

Actually, everyone in fact: 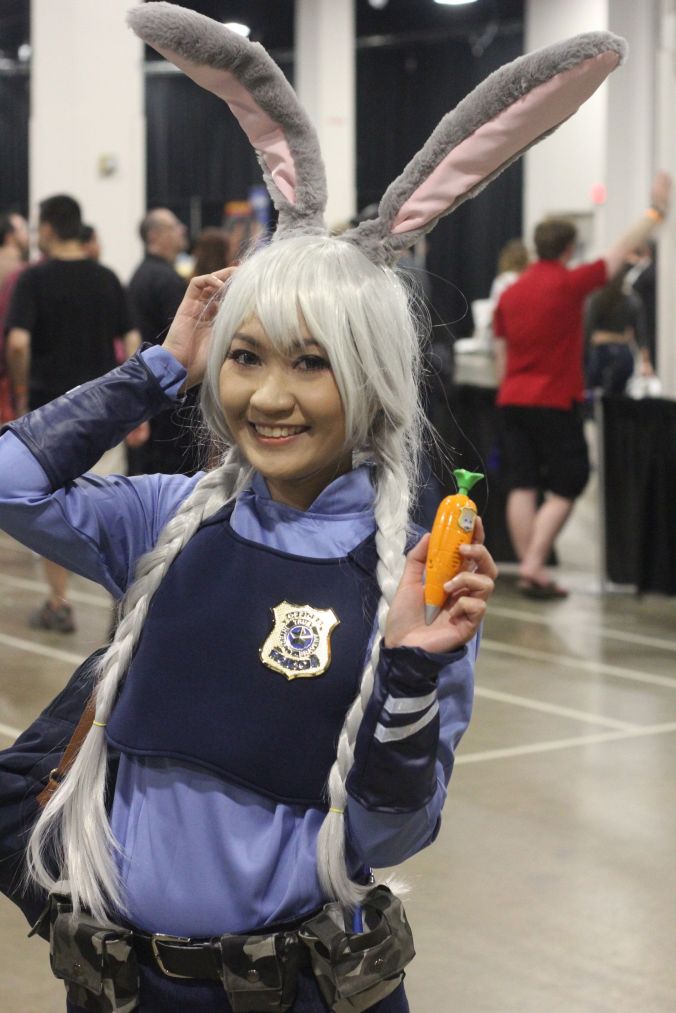 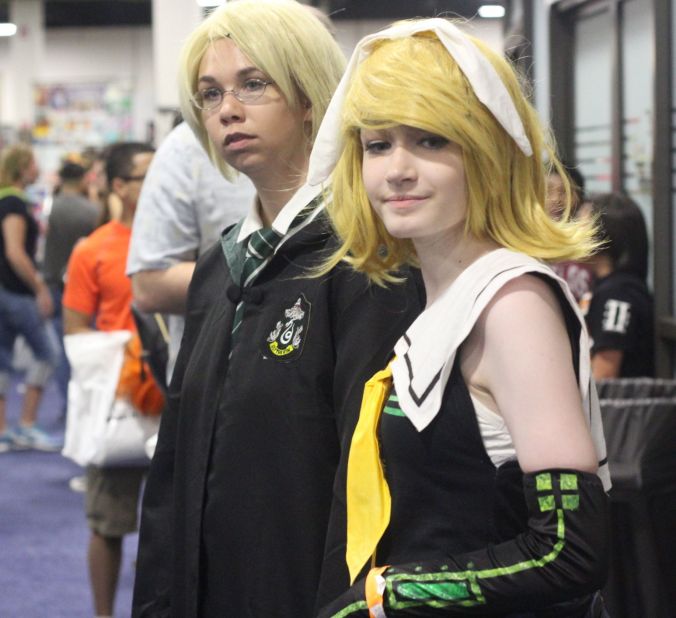 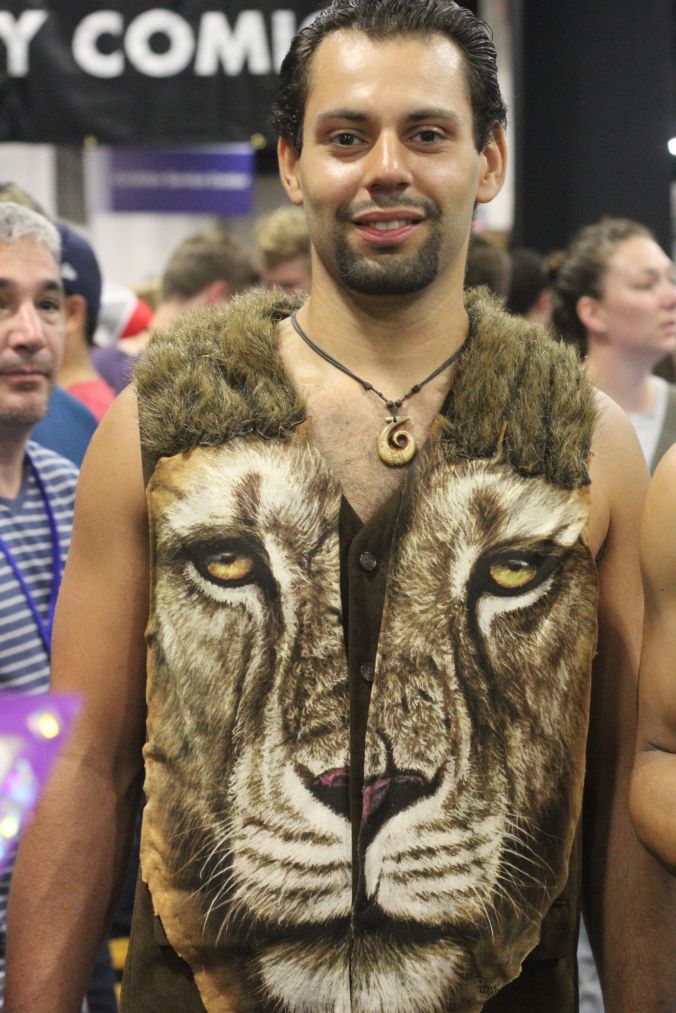 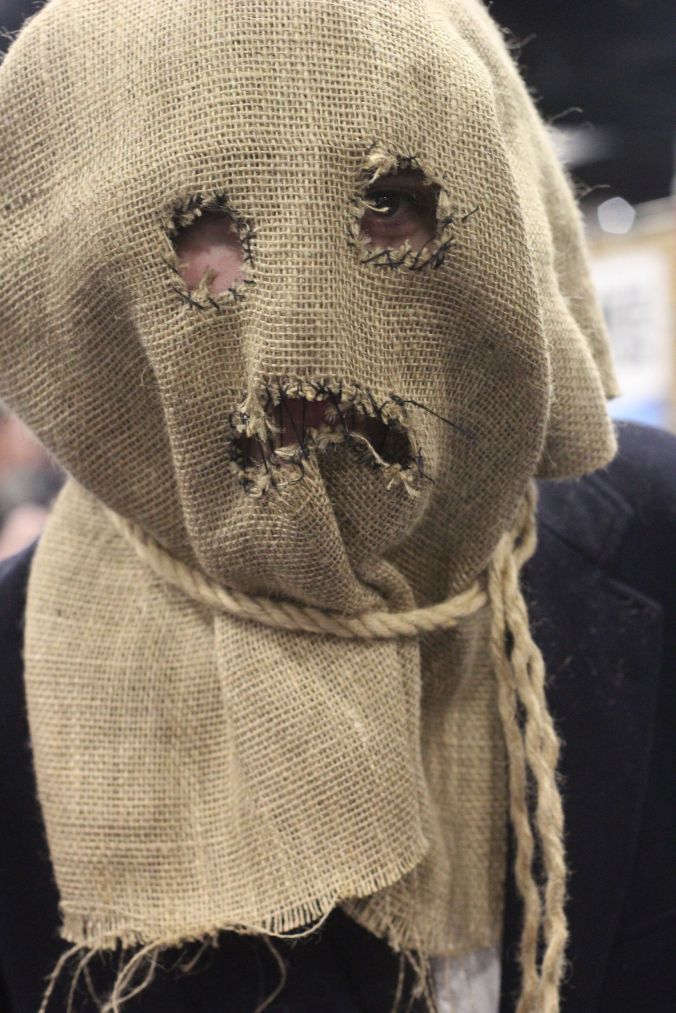 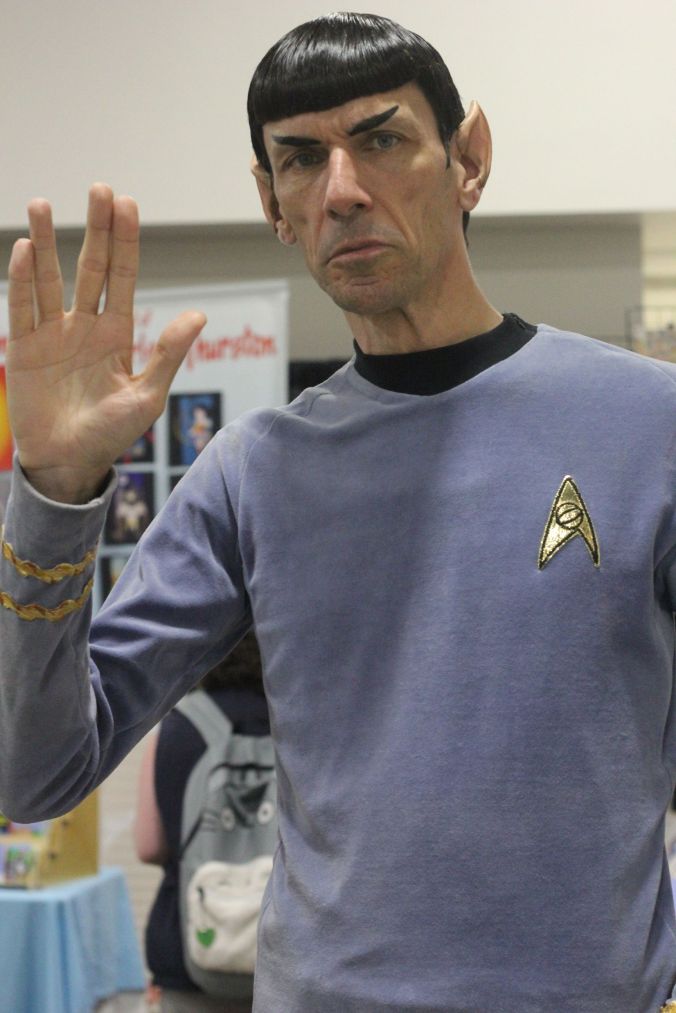 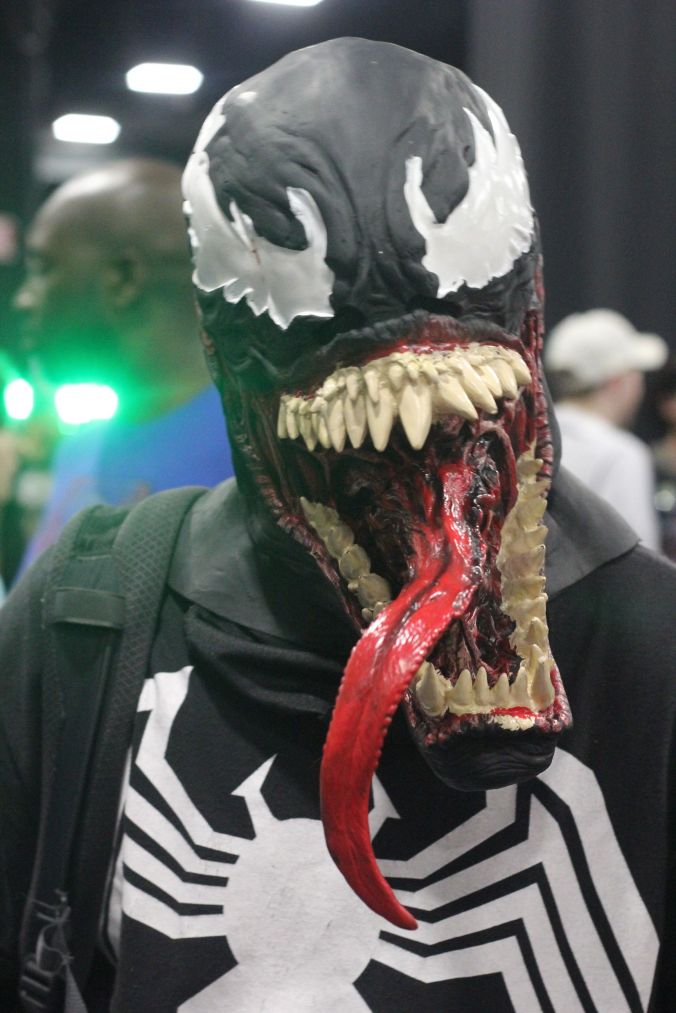 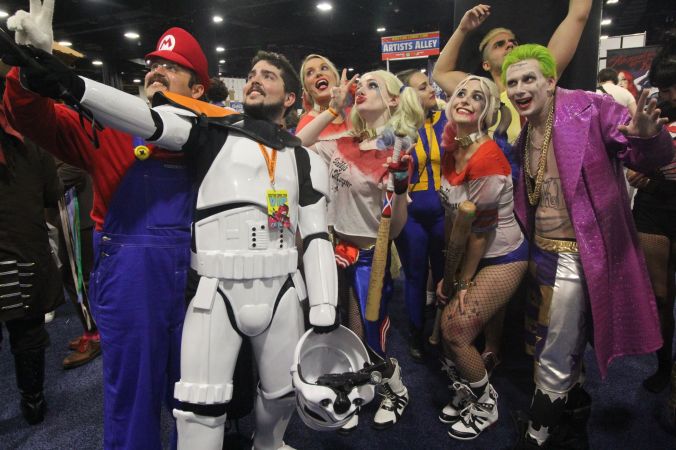 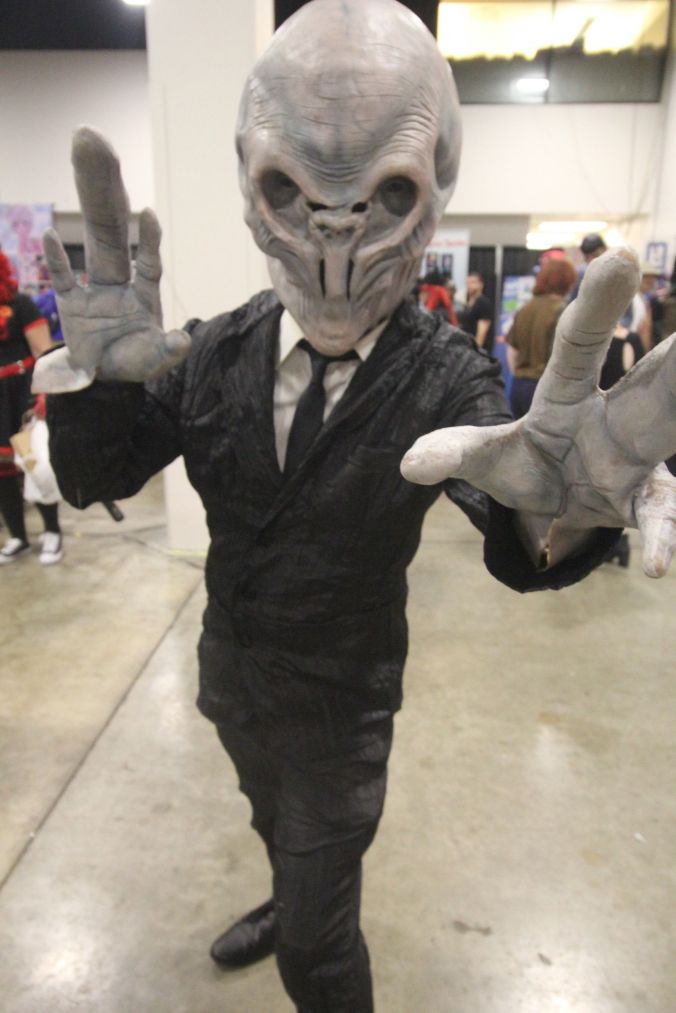 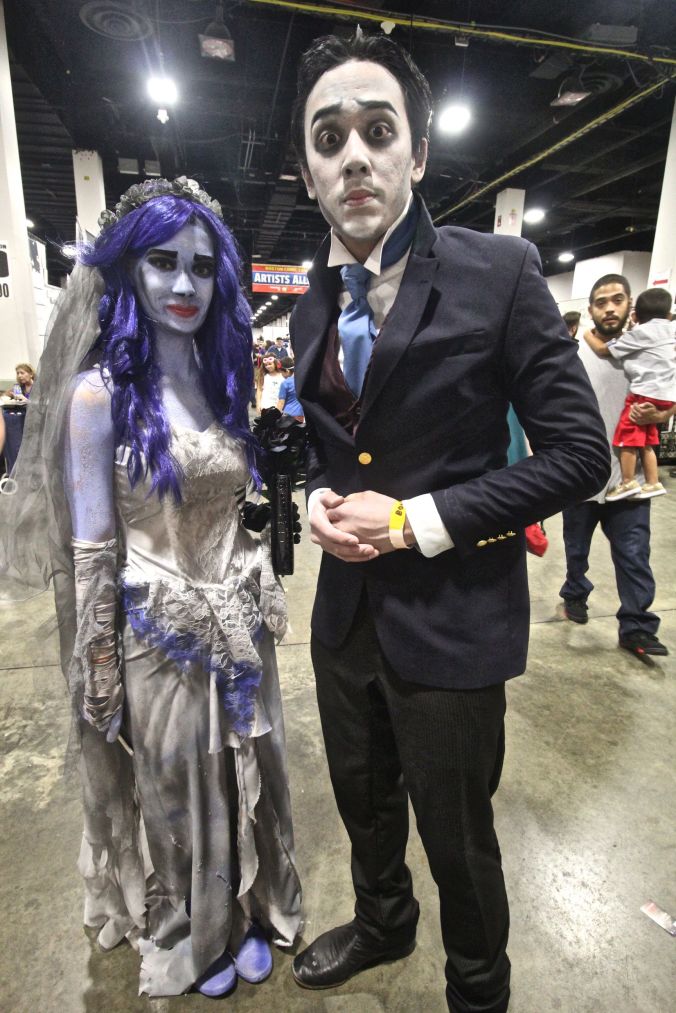 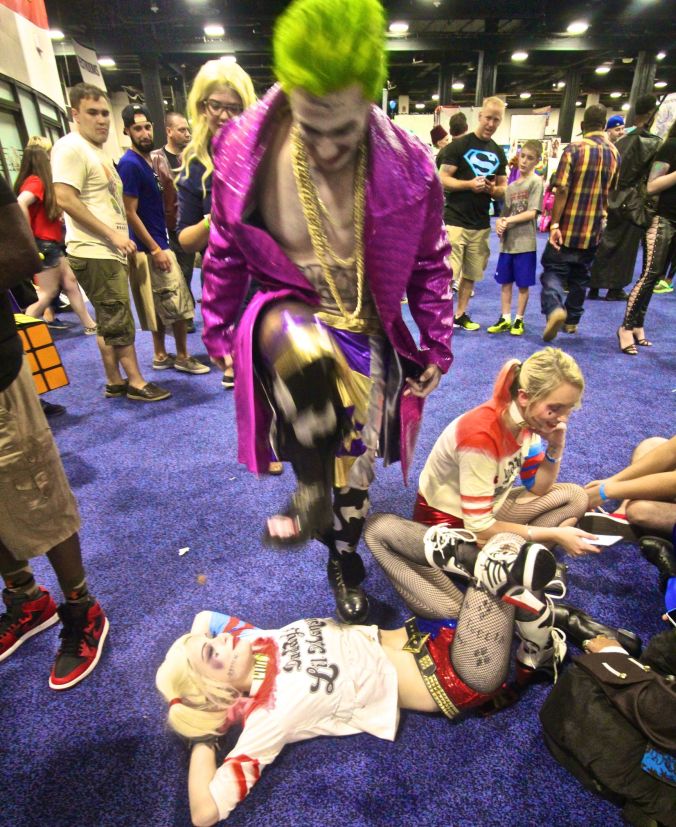 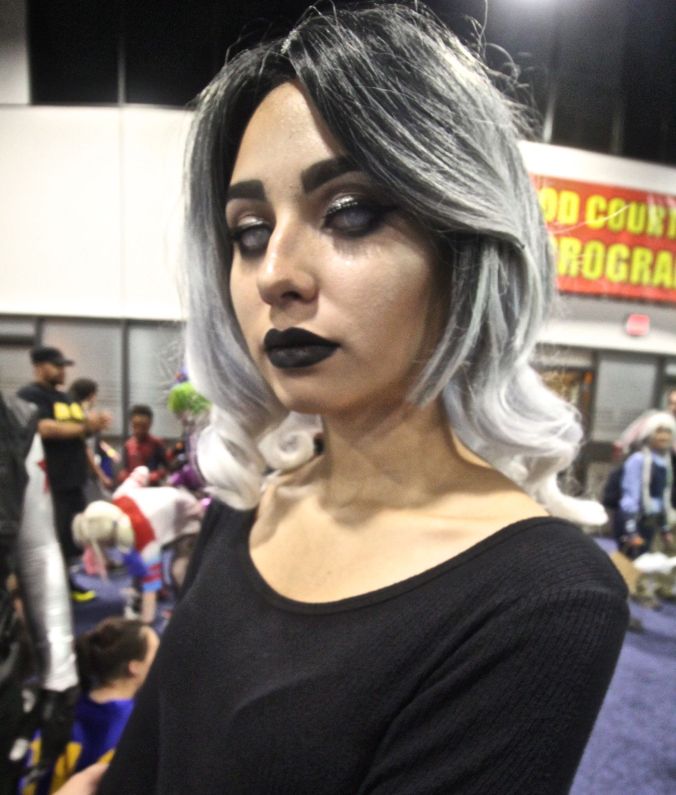 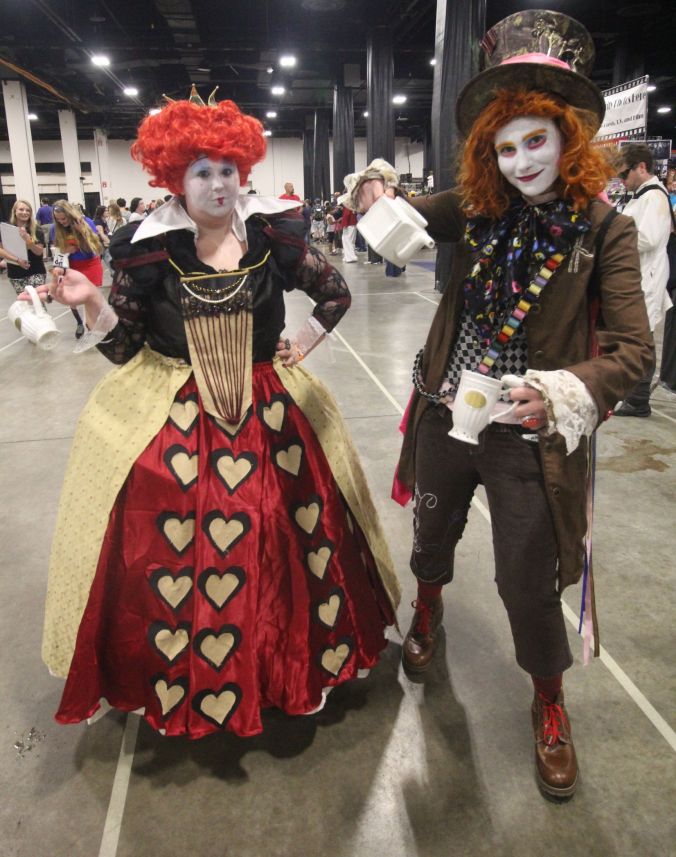 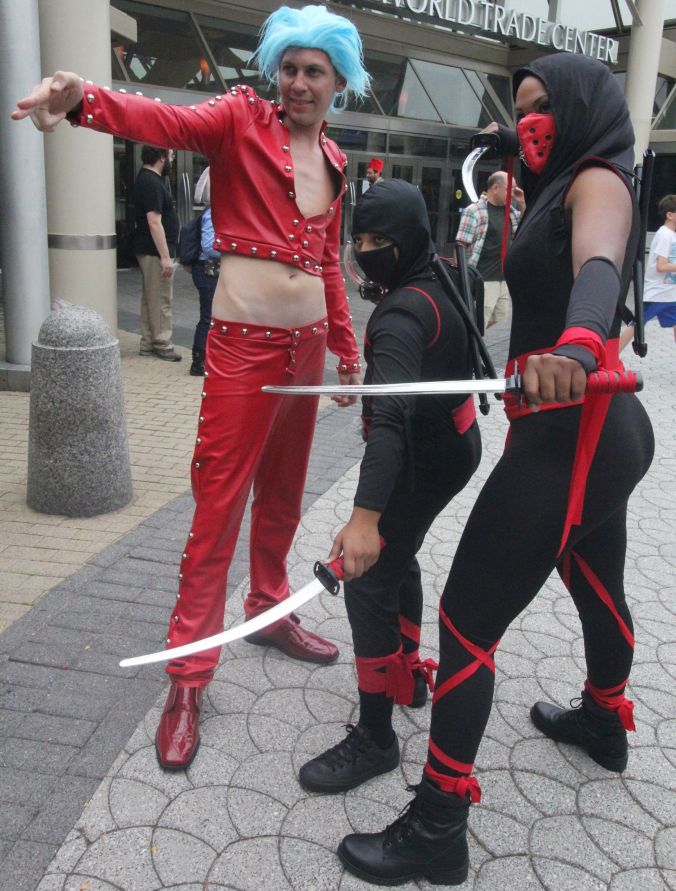 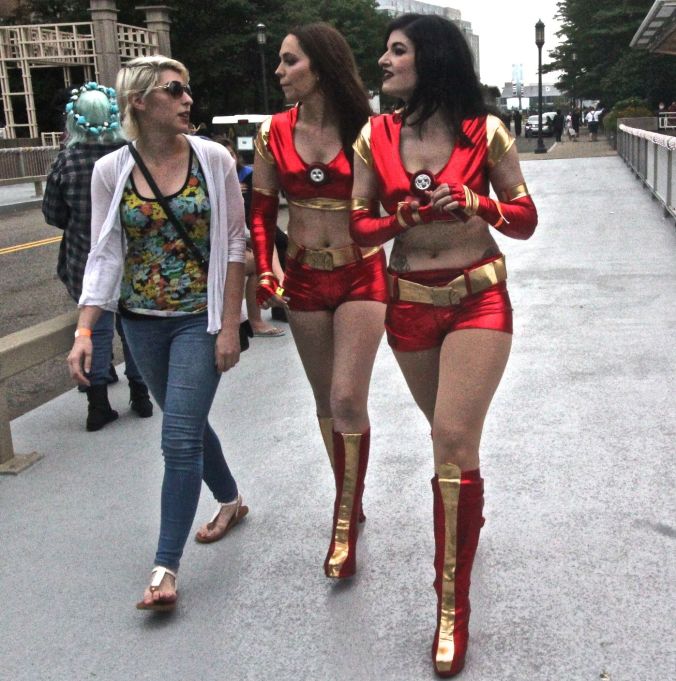