A couple of weeks ago I come to work.  I’m a teacher in an English as a Second language program that prepares students to enter university programs.  As I have for the past seven years, I started my day’s lesson with some simple vocabulary review.  In walks an immensely intelligent student who I have been teaching for the past few weeks.  In my years of teaching I have taught maybe five other people who were as intelligent as this student.  She comes in looking upset.  She had just received her SAT score and it was not what she wanted.  By most measures, her SAT score was fine.  It was on par with the average score received by most of the country’s test takers.

I tried to console her and remind her that her score is on par with the rest of the country, not to mention she has only spent the past year learning English and that getting the score she wanted was going to take time.

Sitting in the classroom that day, I could not help but wonder why we put our young people through all of this.  What is the point of all of this?  What good was all this really for young people?  Is getting into a good college some guarantee of future success?

I thought back to my own experience with the SATs.  I took them in the mid 1990s, before my student was even born.  I also received a score that was way below what I had wanted.  Accompanying my misadventure with the SATs was a chorus of people who seem to know someone who knew someone who took the SATs when they were stoned or drunk or a combination thereof who had somehow gotten a perfect score. That made me feel yet stupider.

Ultimately, I did not choose the undergraduate college I attended.  The combination of my less than stellar SAT scores and my parents finances led me to a college that I had absolutely no interest in attending.  Less than zero.

I arrived at college beyond angry.  White hot rage was more like it.  I had always worked really hard in school, gotten good grades, taken hard classes.  In my class, I was one of two students who took physics in their senior year.  I took a bunch of AP courses and scored well enough to get college credit, but yet here I was at this institution that I considered incredibly subpar.

Yet once I got there, something rather interesting happened.  I realized rather quickly that the college offered tons of opportunities.  I became a yearbook photographer and learned things about photography that I carry on to this day.  I went to two different countries for study abroad.  I interned in Washington DC in my senior year, an internship that led to my first job out of college, covering tax legislation on Capitol Hill for a trade publication.

Somehow throughout all of that and in the years that followed, I felt I was stupid because I had done so poorly on my SATs.  No matter what I accomplished, I always thought back to my initial failure on the SATs.  It was not until a few years ago when I studying for a masters in applied linguistics that a teacher said “one test does not make you stupid.”  Suddenly I was freed of all of that baggage.

I wonder though if my student will be freed of that and what her future will be.  I told her not to think that she was stupid or not capable based on one result of a test.  People told me that over the years, but I never listened.

This takes me back to my initial question.  Why do we put so much pressure on our young people to go to these supposedly good colleges?  What is a college degree after all?  Is it meant to educate a person or is it meant as some kind of insurance policy against future incompetence?

The question of the value of a college education is one that is increasingly being discussed by all sorts of important people in all sorts of important places.  Wasn’t Steve Jobs a college dropout?  Didn’t Bill Gates drop out of Harvard to start some kind of computer company?  Mark Zuckerberg never finished college either.  These examples though are outliers.  The success of these three people who were visionaries in their respective fields does not invalidate the need for college degrees.

In this case, I like to point to the example of a professor I had when I studied at the University of Massachusetts at Boston.  As an aside, I got my masters in applied linguistics from UMass Boston and it was by far the best educational experience I have ever had.  My process in choosing the school was a simple one.  It was on the red line, convenient to my job and exceedingly inexpensive.

It was at UMass that I encountered one of the most unique and inspiring characters I have ever had the pleasure of knowing.  This was also a man who was successful by any measure but whose path to that success followed paths not neatly outlined by an undergraduate degree.

My professor Pepi Leistyna, who sadly passed away in 2015, relished telling the story of how when he was in high school, he purposely chose to be in the lowest level reading class because he was lazy.  He nearly did not go to college and only went to UMass Amherst because the school had an arrangement with his high school that they would take any graduate.  At UMass Amherst, he decided to do study abroad and tried to find a town in France that had a castle in it.  He chose Dijon, France, which while a nice town, did not actually have a castle.  Pepi sometimes spoke to us in French in class.  I usually described him as sounding like a drunk Parisian, a description I think Pepi would have enjoyed.  Upon returning to the US, Pepi started teaching French at the Berlitz school on Boylston street, with a methodology that he disliked.  He ended up taking a class in applied linguistics at Harvard University, which led to his entry into the school’s PhD program in education.  Upon graduating, he joined UMass’s faculty and spent twenty years regaling students with stories of his travels, his cats and his wife Susan.

Pepi was always the first one to say that he was not the person anyone would have tipped for success in his life.  But somehow, he became one by all measures.

Anyway, this is a picture blog and if you don’t feel like reading my diatribe, you can look at these pretty photos I took recently: 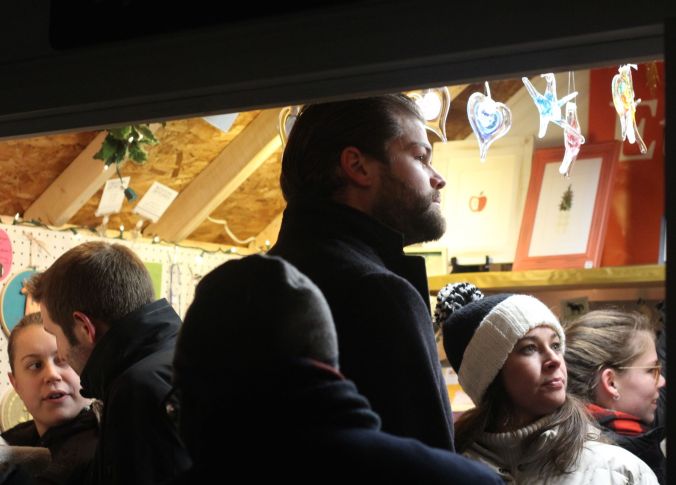