When I tell people I go skiing, I get a variety of reactions.  Some people tell me that they took a ski lesson and on the first day, they skied down the black diamond.  This used to annoy me endlessly because I had gone skiing about 15 times before I even attempted one and I still remember it.  I was at Stratton Mountain and I could feel the steepness of that trail in every movement I took on that trail.  I was in disbelief when I got off of it that I had gotten to the bottom.  I alerted the world about it immediately when I was done.  Of course I’ve skied multiple blacks and double blacks since then but I would have never gone out into the world and claimed that I did that right after I had learned to ski.

A guy I knew once made this claim that he had gone on black on his first day of skiing and I immediately told him his claim was laughable.  First, you get short loaner skis on your first day which do not go that fast.  The key on blacks is making quick turns which you can’t make on short loaner skis.  Those skis aren’t even meant to be used on such terrain and using them on blacks is stupid and careless.  Those skis aren’t regularly waxed or sharpened so its actually dangerous to ski such steep terrain on such skis.  This puts you at risk for a broken leg or something worse.  So even if you did do this, it was sorta stupid anyway and nothing to show off about to people who actually ski.

Another time I was struck by people grandstanding about skiing and abilities in general was when I was watching the Real Housewives of New Jersey.  Now of all the Housewives shows, the New Jersey gals are (I’m sorry) my least favorite.  My favorite group in the franchise is Beverly Hills because of their fabulous homes and attitudes.  Erika Girardi/Erika Jayne — I may be two people but I’m not two faced!!!!!  Extraordinary.  Erika, if you ever come east, please drop me a line so I can find out how to do my makeup as fabulously as you.  Well anyway, the Jersey ones aren’t my favorite because of the continual fighting and the fact that they remind me of the people I knew in New York.

Well anyway, one day I read in some TV guide that an episode of that show was to take place in Stowe, Vermont.  Stowe is a place I know very well and have spent a lot of time in and thoroughly enjoy.  I wanted to see what they were going to do up there and where they were going to go.  There was the continuation of fighting and oh yeah, some skiing.

I was curious to see if they would actually do any skiing in Stowe.  If you went to Stowe and didn’t ski, that would be like going to Paris and not seeing the Eiffel tower.  I’m watching the show and Joe Gorga goes “I’m really good at skiing.  I could have gone to the Olympics.”  Funny in the ten or so other times I had watched the show before he had never mentioned how he was this extraordinary skier.  So they finally cut to the scene where they all ski.  I knew the area exactly where they were skiing.  There’s Joe ON CROSS COUNTRY SKIS.  They all were.  Stowe has some fine cross country trails but let’s be real here.  When you say skiing, you mean downhill, alpine, not cross country.  Oh and Joe Gorga trips and falls and gets caught up in some trees when he’s skiing.  Sorry Joe, but not exactly Olympic material.

My entire life I’ve always heard other people saying things about how they never struggled with anything.  Its all easy for them.  Yeah, black diamond on their first day.  But after I started going skiing and doing it a lot, I realized that those people are just all talk.  Those aren’t the people who go skiing all the time.  The people who ski all the time never say things like that.  I had a snowboarder tell me once that he had broken 58 bones in the time since he’d started snowboarding.  Now that’s a real snowboarder.

Lucky for me, I’ve never broken anything but I have had plenty of struggles while skiing.  I’ve skied over to things that were way too difficult for me to ski on with the ability I had at the time.  I’ve been waist deep in powder with my skis off, trying to get out of the situation.  If you haven’t been in that situation, then you’ve never really gone skiing.  Don’t go around making stupid claims about what you did if you never struggled.

Nobody does anything in life without struggling.  Telling people you got straight A’s and high scores with no effort is fine but it rubs most people the wrong way.  Showing that you struggled, admitting that you struggled is human.  We all struggle.  Going around and acting like you always got straight A’s and got high scores on everything means you never did anything.  That you are in all likelihood a liar and a fraud.  Real people struggle with things and have problems.  Only fakes pretend like it all came easily to them and they did no work.

Hows about my latest ski trips?  Oh man Sunday River last weekend, like butter.  Best runs ever!!!!!  The snow was sparkly and wonderful.  On one run, called the Right Stuff on Barker Mountain, as I went down a gust of wind mixed with snow blew on me and I thought “this isn’t good” but down I went on the trail, half iced over.  By the bottom, I was flying and super happy.

Yesterday I went to Stowe, which was in the midst of a crazy storm.  When we got to the mountain, I couldn’t even see it.  It was covered in snow that kept coming down.  Oh and the cold.  Yeah, it was a two face mask kind of a day.  The conditions on the mountain were pretty good but the wind and the cold?  Well, put it this way.  I was at the top of the mountain when a gust of wind nearly knocked me down and when the wind blew, it felt like needles in my eyes.  It was kinda awful.  OK really awful.  I got frostbite too again in my face and fingers.  A guy from ski patrol actually stopped me and told me I had frostbite and to go in and get warm.  I was a little disoriented and a little lightheaded.  Sometimes the elements beat you, but any day when you get to ski, is a good day.  A few photos from recent ski adventures: 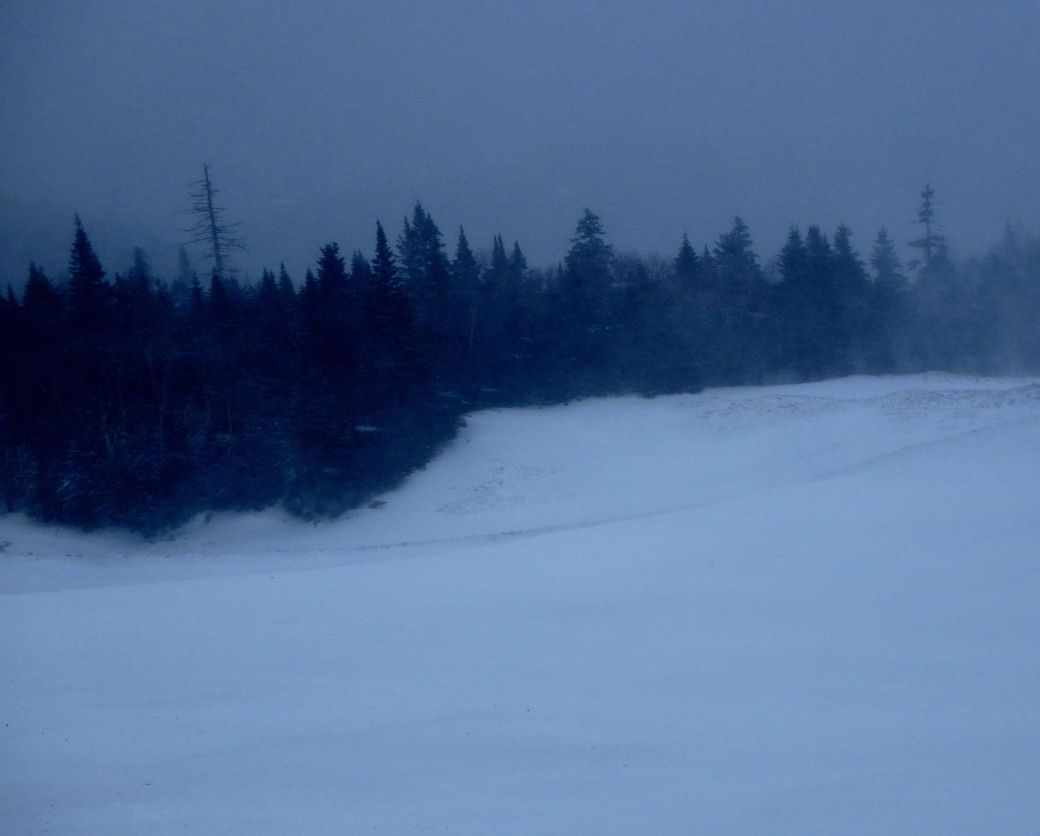 2 thoughts on “If You Didn’t Struggle, Then You Never Did It”