There’s an extremely pleasant and very soothing documentary I watch when I want to relax.  Its called New York by Ken Burns.  I’ve watched it many times.  I was interested to find out the history of the city I grew up in of course, but on further watchings, I’ve come to enjoy the music in the documentary and its gentle pace.

There are a lot of great authors and intellectuals in the documentary.  There is also the faux English quasi Boston Brahmin, high preppy intellectual voice of George Plimpton, talking about how everyone has a New York in their mind.  I think about this a lot, because I grew up in the city and it wasn’t just a picture in my mind.  It was very real.

Two weeks ago, I went for my annual one day extravaganza of a trip to New York.  I went there to meet a friend who I haven’t seen in five years.  He was late, I got angry, hilarity ensued but really all was well at the end.

While I waited for my friend, I sat in Times Square and I saw the faces of the people coming into the city for the first time, the wonderment they had on their faces, how enthralling it all was.  At times I felt like my relationship with New York was more like this photograph:

That’s me and New York is personified by Death.

But as I’ve aged, my point of view on the place has softened.  I enjoy it a lot more and most of all, I enjoy looking at the people there and how people react to the place.

We all have a New York in our mind: 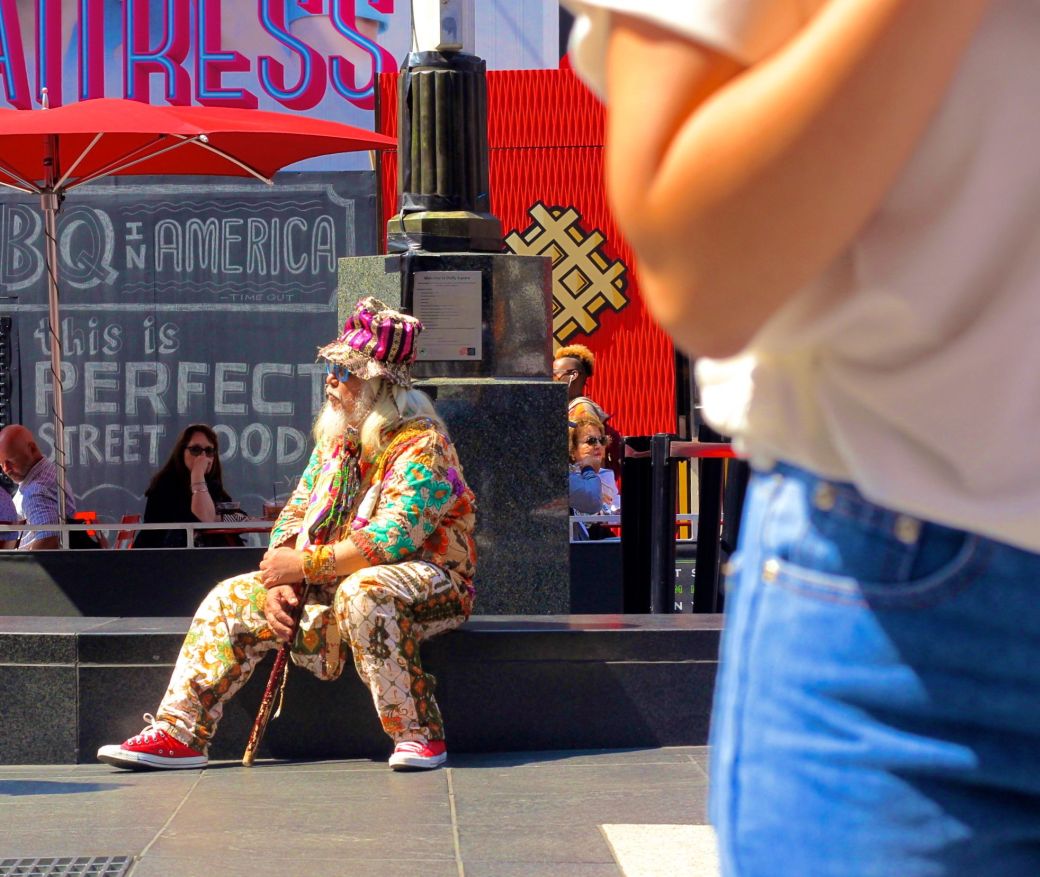 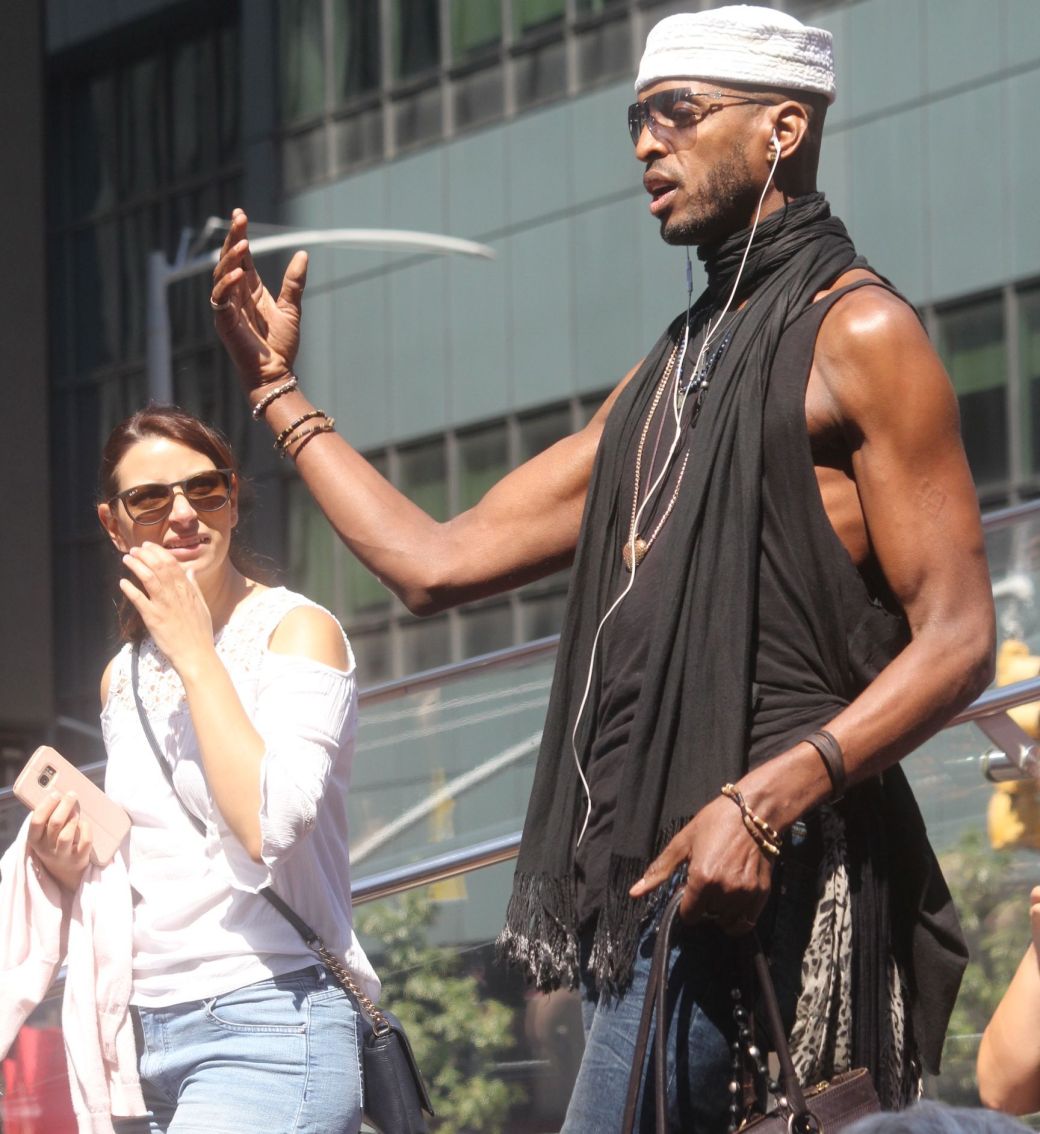 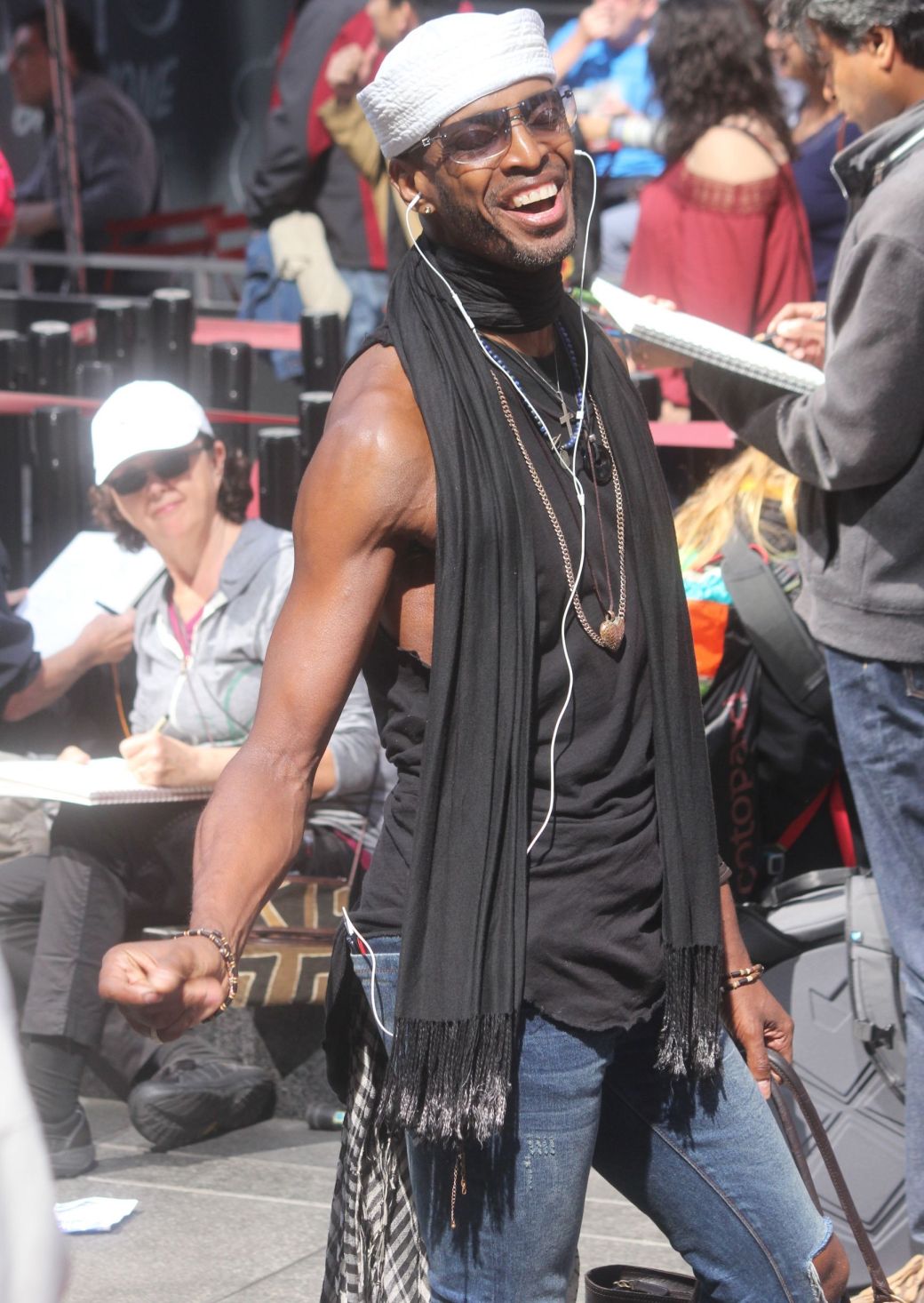 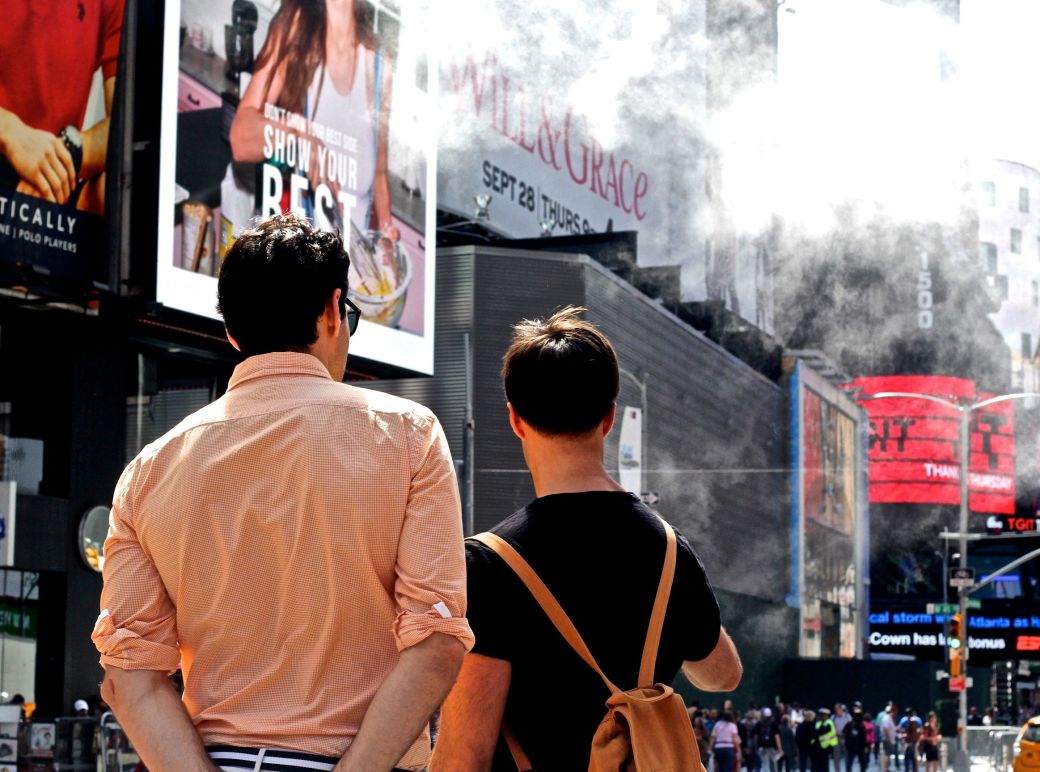 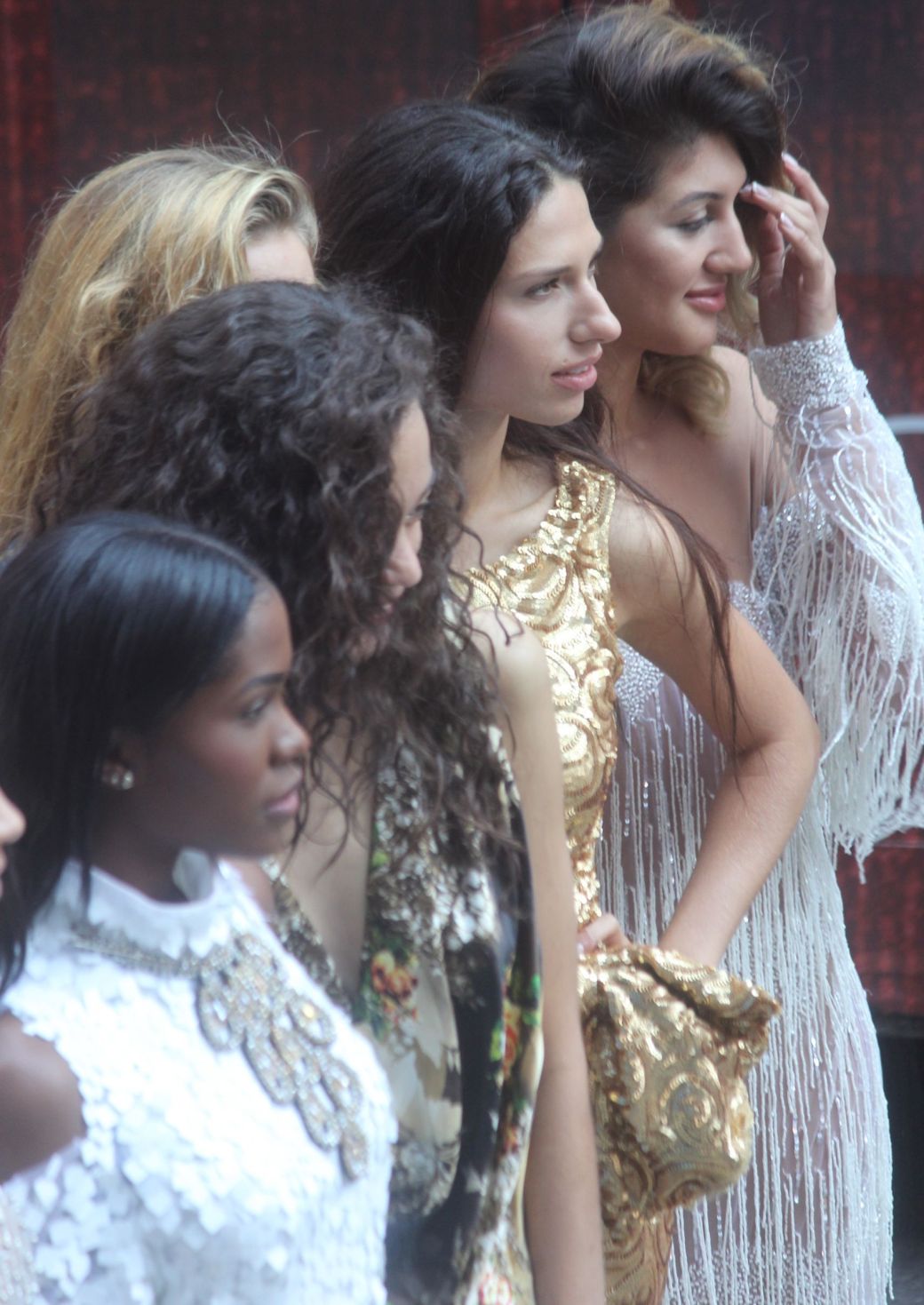 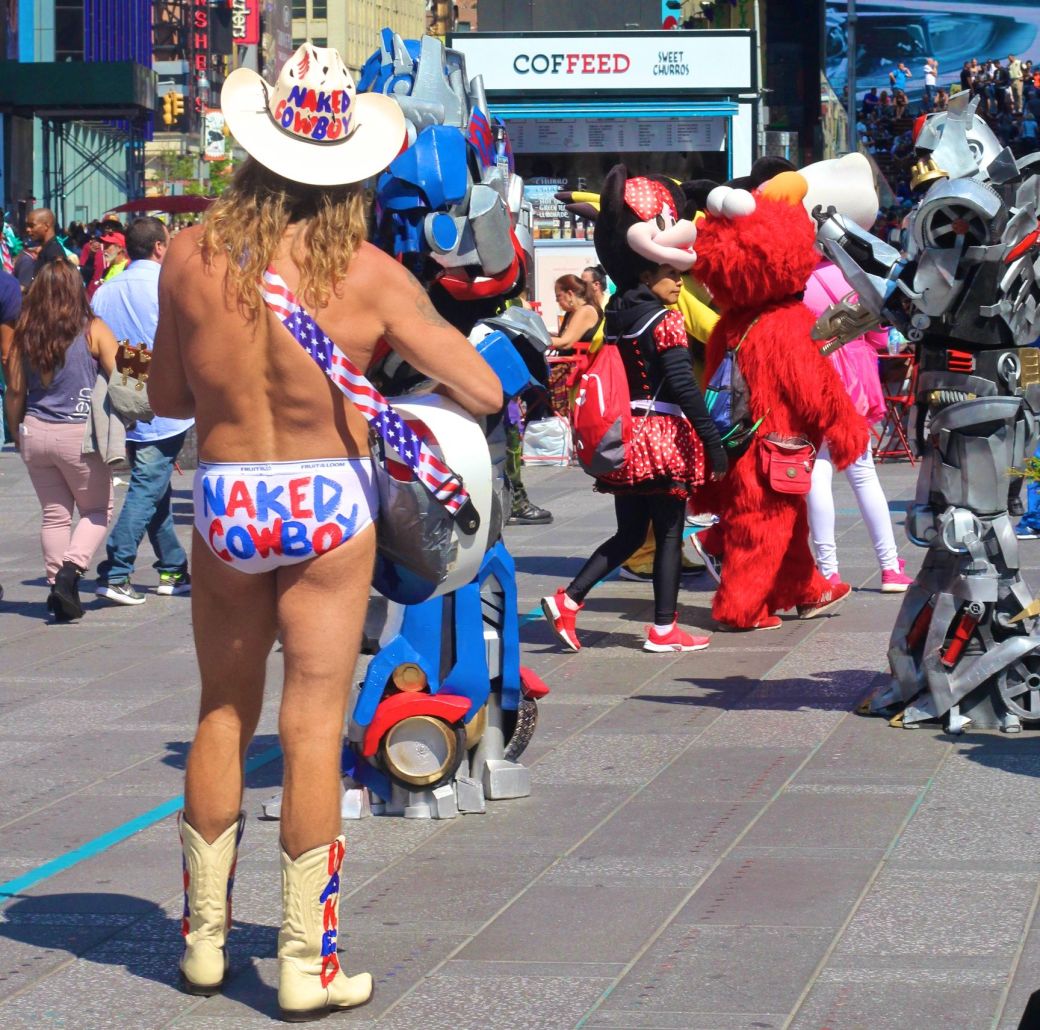