So I wore my Patriots hat and my Gronkowski Polish for Touchdown sweatshirt.  I went skiing on Super Bowl Sunday and I didn’t watch the game.  Of course the Patriots won.  It was because of me.  I know.

But these are all characters?  What makes the Patriots so appealing?

I was not a football fan until I moved to Boston.  I could name maybe five football players and I absolutely did not care about football, even a little bit.  People would tell me when the Super Bowl was and who was playing and I couldn’t have cared less.

When I moved here, I became a Pats fan.  Slowly.  Very very very slowly.  Of course there’s Tom Brady, who everyone knows.  He’s handsome and humble and good natured.  I knew about him.  Then I got introduced to the man child, Rob Gronkowski.  I was watching an episode of Top Chef and he gets there and demands a Polish sausage because he’s Polish.  I bought my sweatshirt and I was in love.

A couple of years ago I bought a Patriots hat that I wear for the entirety of winter.  Its kind of funny because I see everyone in the city of Boston wearing the same hat or similar hats.  I realized over time that the Pats are like our high school team.  Robert Kraft is like the principal of this mythical high school and the Pats are our football team.  We all proudly wear our Pats gear because we all want to show our allegiance to our team.

This has particular resonance for me as a proud high school hater.  I wasn’t part of the popular crowd and far away from the football team and that whole thing.  But secretly I always wanted to be part of it.  I didn’t understand why I wasn’t.  Those people always looked a lot happier than me.

So now I have my high school football team, even if I graduated from high school oh well, let’s say MANY years ago.  And Tom Brady is much more attractive than the quarterback at my high school anyway!!!!!!

Our high school football team, but with more bling: 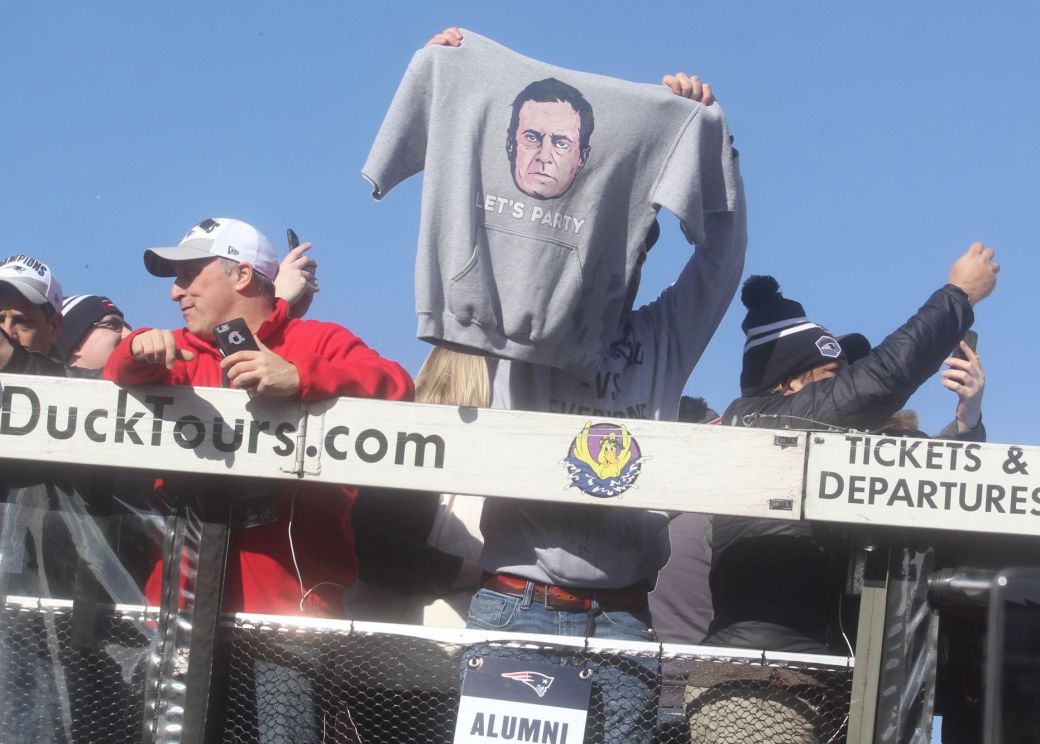 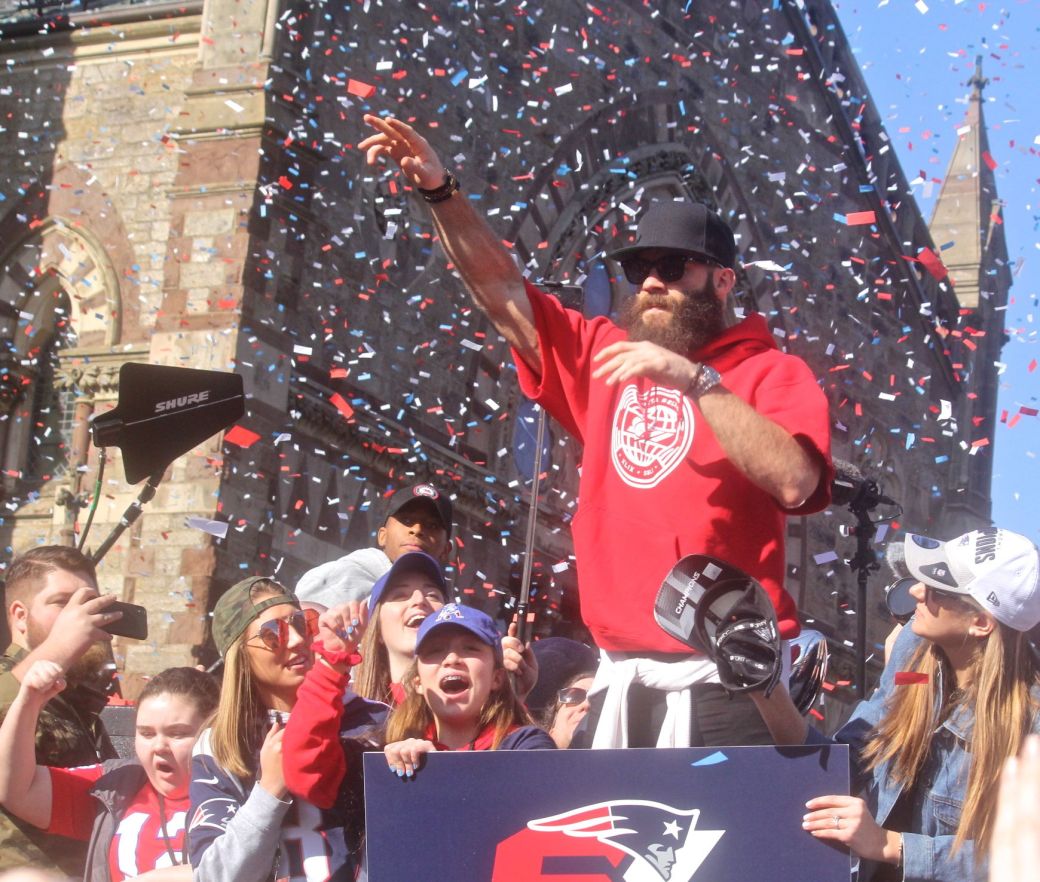 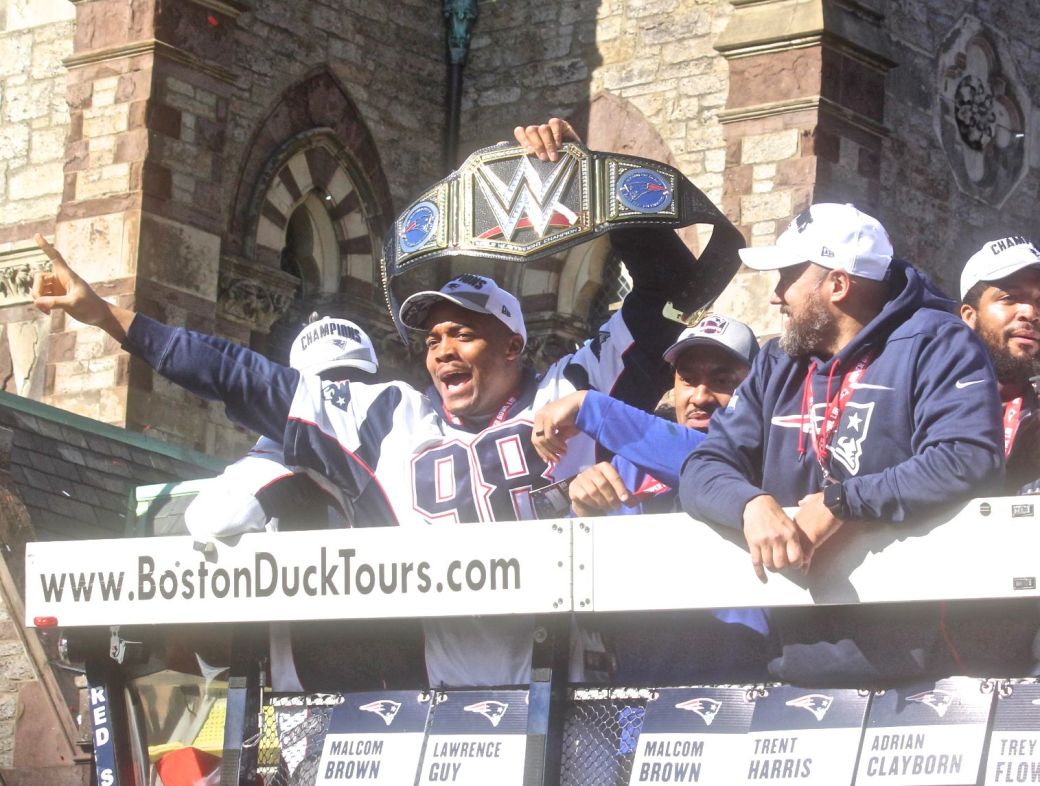 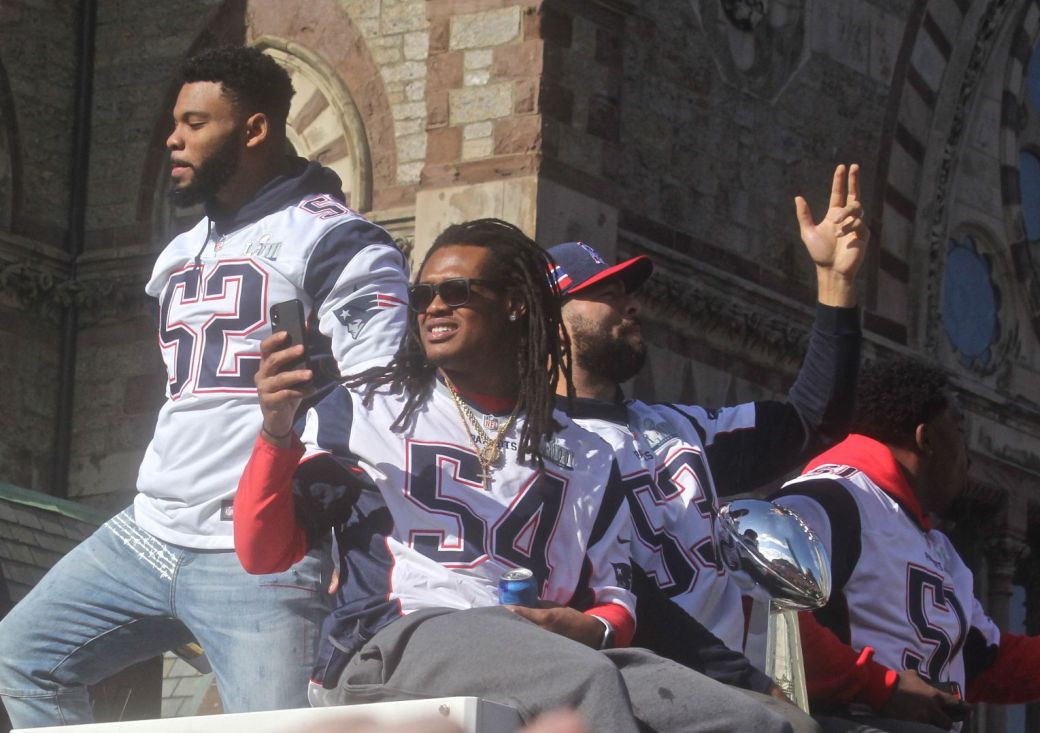 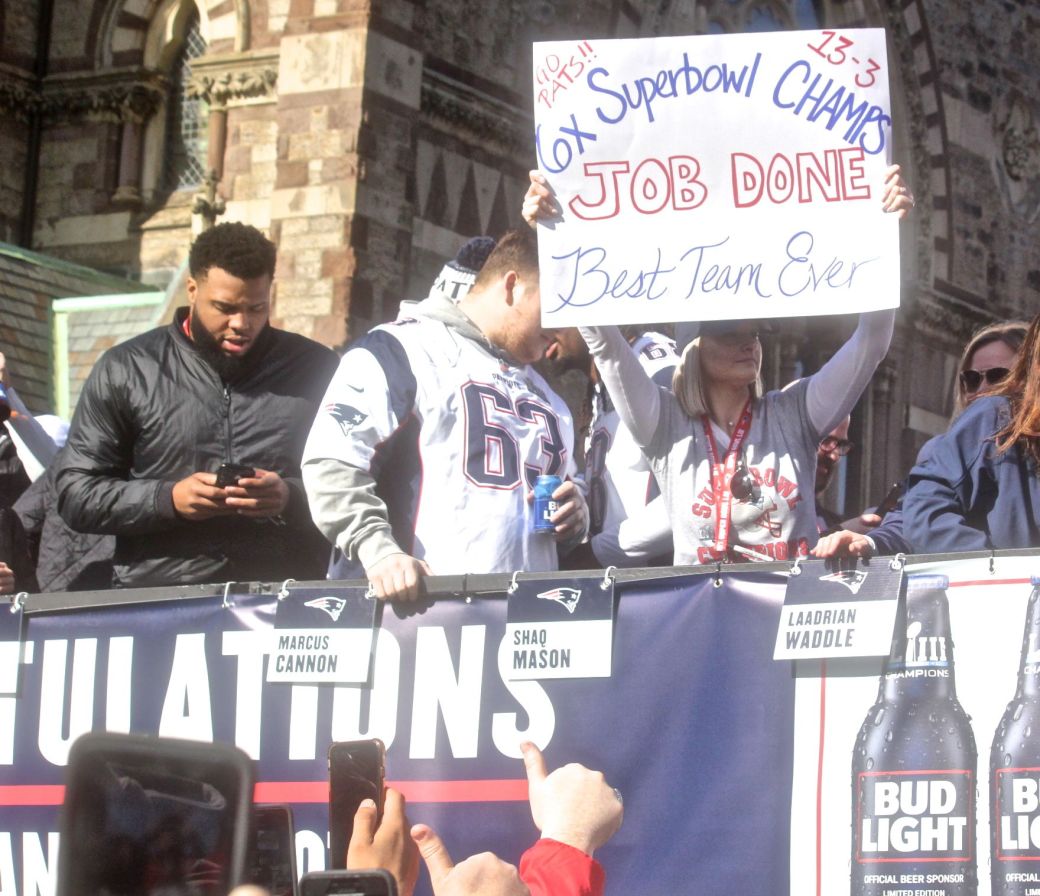 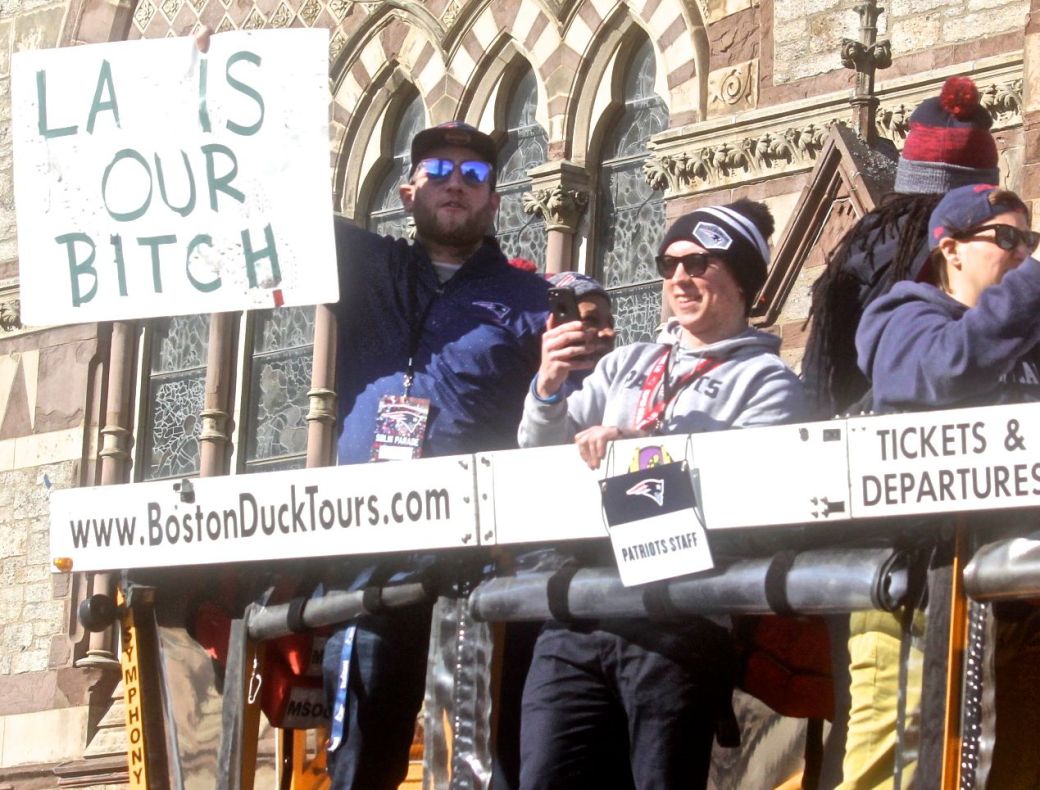 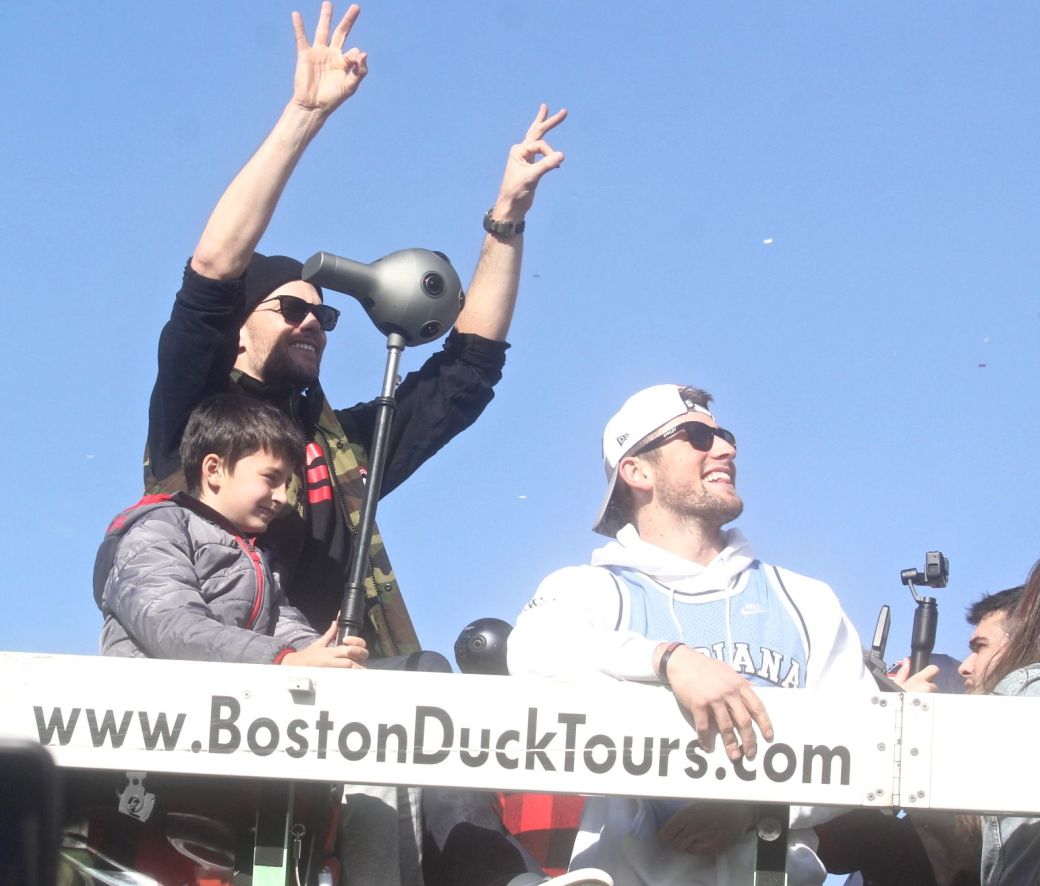