After moving to Boston a decade ago, something interesting happened.  I stopped moving around.  I mean no, rigor mortis did not set in.  I’m obviously still a live person, but I stopped seeking things that were far from where I lived.  Before my life seemed to always involve going far far away to see the things I actually liked.  By the time I moved here in 2009, I was sick and tired of that.  I counted that in my 32 years of existence up until that point I had had 29 home addresses.  In the past ten years, I’ve lived in three places, all in Boston and really its just been two places because one was a temporary residence.

A couple of years ago, my focus really narrowed.  It narrowed to an area called Coolidge Corner, a picturesque part of Brookline where my friends live, my gym is, where my church is and where I generally hang out.  I went there one day and decided that this will be my place.

One day I was watching a documentary about Lee Atwater.  Atwater was a 1980s Republican political operator who got George Bush elected by saying some pretty horrible things about Massachusetts Governor Michael Dukakis.  Atwater derided Dukakis as a Brookline snob, besmirching Brookline in the process.  Atwater had obviously never been to Brookline because it is not a snobby area, at least in my estimation.  I also saw Dukakis on the green line a few days ago.  For what its worth, Dukakis isn’t too much of a Brookline snob to take the green line.  Life got even with Atwater in the end, but that’s another entry for another day.

Yesterday I ventured all the way up to Brookline Village for an event called Porch Fest, where friendly bands play on different neighborhood porches.

The whole thing really showed what happens when you make an area yours.

I took the 66 bus to Porch fest.  While on the bus, I ran into a guy I sorta know from the Boston teaching scene.  We exchanged pleasantries.  Then I got off the bus at Harris street, two stops earlier than where I usually get off.

I walked over to where my friends were playing.  I saw a huge crowd gathered, including my friends from my church community group and a big group from my church.  We were all there to support the H&J quintet, a musical outfit headed by my two dear friends Hanna Kim and Joseph Seo, master musicians from the Berklee College of Music.  They play a style of music called Choro, influenced by jazz and bossa nova.

I stood there and couldn’t get over what a beautiful scene it was.  The entire neighborhood was outside, listening to this music while the sun set.

At one point, I wanted to get a better picture of the band, so I went over to a neighboring porch.  I thought it might cause some kind of a problem, but it didn’t.  The two people who owned that house saw my t-shirt that said “Killington” on it and immediately we got into a huge conversation about skiing up there, how the FIS race was returning and how Superstar still had snow on it last weekend.  It was a normal conversation but also pretty remarkable at the same time.  Just three random people at a house in Brookline united to talk about their shared love of strapping waxed boards to some uncomfortable boots and sliding down a hill at a fast pace.  Heaven.

Eventually another great friend showed up with her kids to take it all in.  We sat and caught up on life, as she’s been away with her family for bit.  The kids played while the sun set. 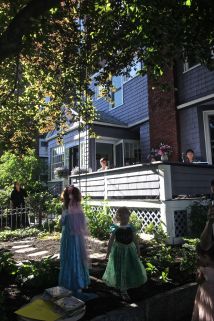 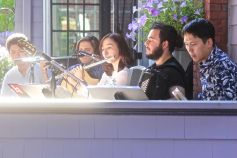 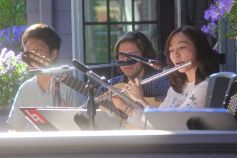 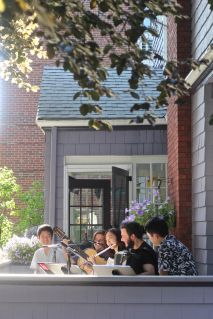 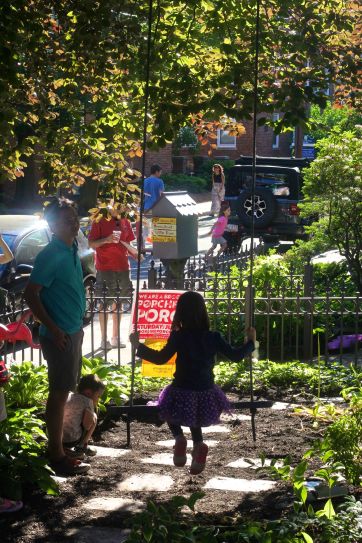 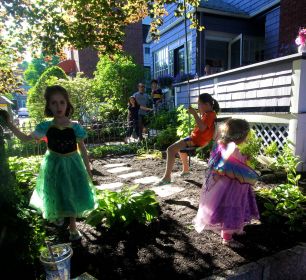 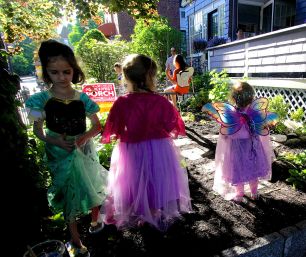 The cutest kids in the entire world: 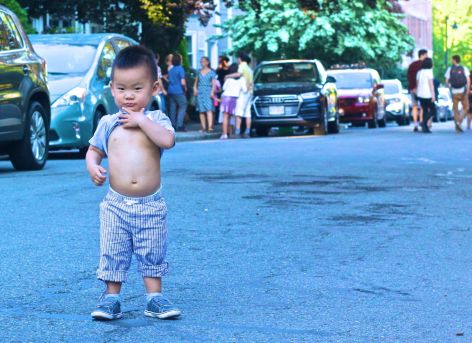 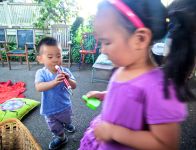 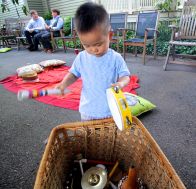 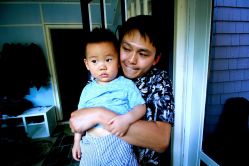 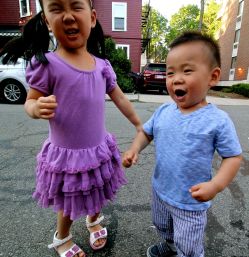 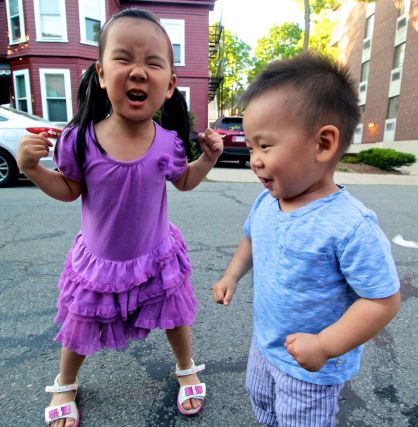