So I journeyed to New York some days ago, no matter how many days exactly.  I went to see a tornado of a human being named Arturo, who is 33% my child and his lovely girlfriend Juliana.  They had come to visit from Florida, so Juliana could feel what life in the North Pole is really like.  Just kidding.  Kind of.

Arturo and Juliana had seen a lot of New York, so we went to a place none of us had been yet and well, didn’t exist until really recently — Hudson Yards.  Well, it did exist a space but wasn’t exactly a desirable location.

The beehive has a mall next to it, filled with tons of the most expensivest shit.  We went in to go to Shake Shack and for Arturo to horrify the New Yorkers with his boisterousness.  Love it.

Anyway, here’s the Beehive with a few with the High Line, the replacement for  overgrown railroad tracks.  Ah New York.  There’s no other constant but change there: 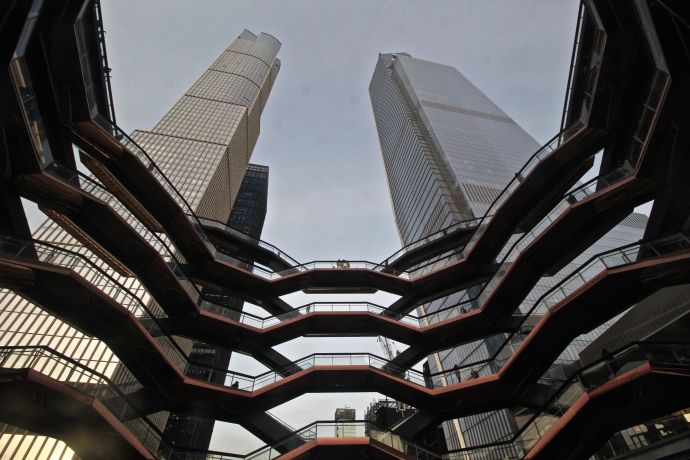 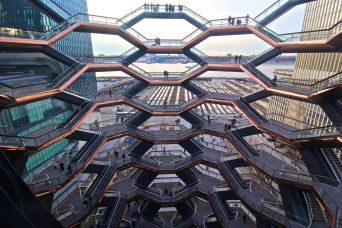