As I’ve done for the last couple of years, I visited Salem this year.  There will be an entry upcoming about that and its generally merriment and hilarity.  Nobody does Halloween like the Salem-ites.

This entry though will be about another thing I saw this year in Salem.  The city was as usual taken over by a cast of characters of ghosts, goblins and this year, people protesting Halloween.  I had heard of this going on different cities in America, but I had never seen it up close.

There were people preaching, waving signs, telling all of us that we were going to go to hell.  There were other people yelling back at them, getting angry at them for spoiling everyone else’s fun.  I have to admit that even though I try to be accepting of other people’s points of view, I didn’t exactly enjoy being yelled at for being a sinner and being told I was going to hell.  It actually made me kind of angry.

I guess if we want to keep freedom going as it is exists here, we have to accept situations like the ones I saw on Friday. 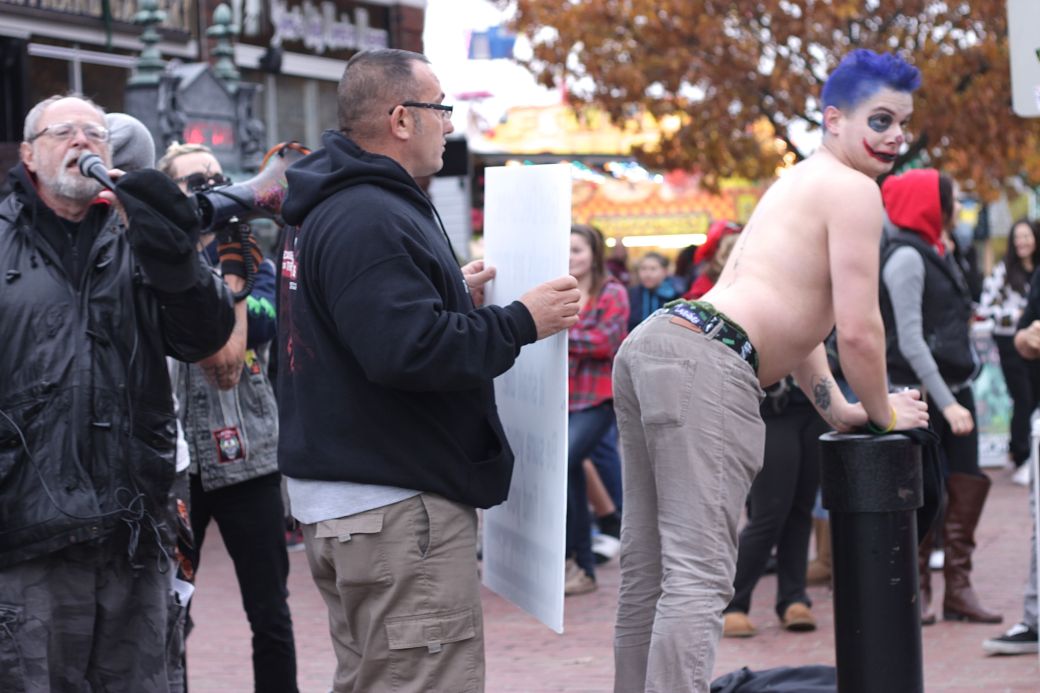 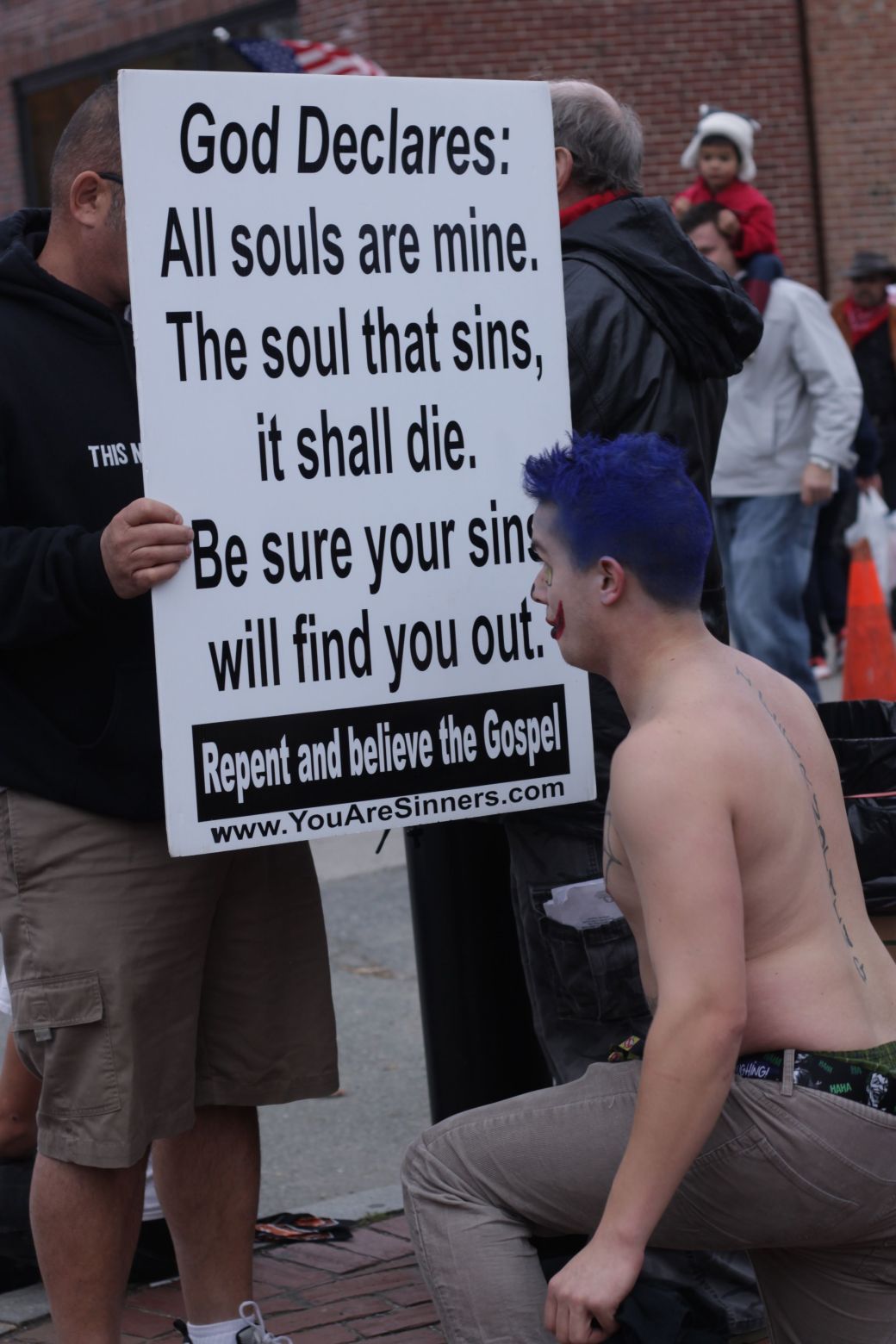 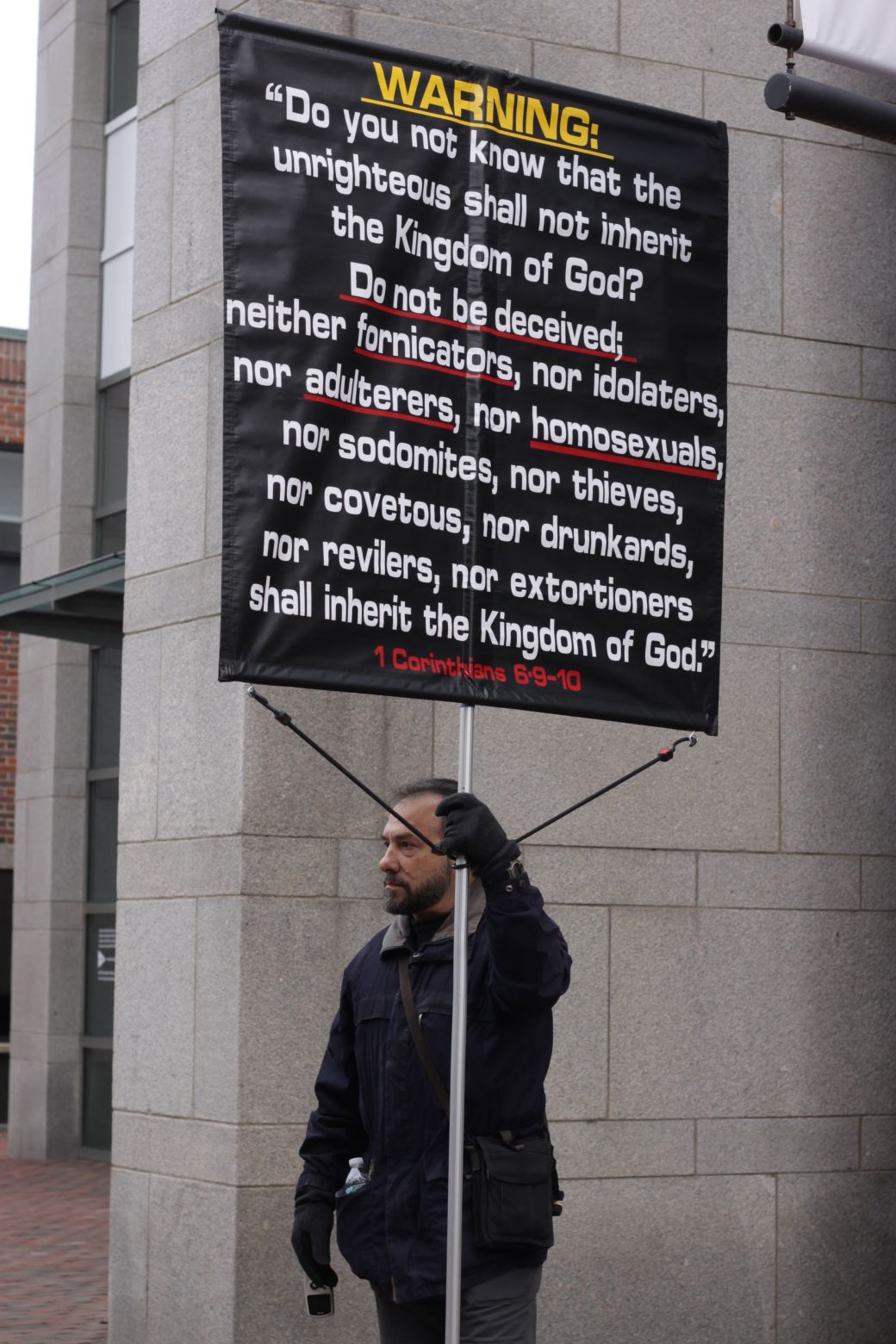