Well, anyway, here goes. So I’m going to write about my family up here. I guess after eight years of having this blog, I guess its time to introduce some kind of characters that surround me. My dad loves baseball. No, actually that is not true. My dad loves Cheers and the character Sam Malone and through that he learned a bit about baseball.

Now here is the funny part. In his company, he has won baseball tickets pretty much every year since he’s worked there. He’s always passed them off to my mother and I to go because he had no interest in the game. Well, when he finally became an American citizen a few years ago, I implored him to attend one baseball game. ONE.

Finally, he gave in and we attended a game between the Boston Red Sox and the Evil Empire. The Evil Empire was in town being evil, the Red Sox were themselves. My father was surprised by how much I knew about baseball, but I’ve been to about 10 Red Sox games over the years and visited the stadium 30 plus times.

We took our seats and they were as luck would have it not covered in beer or popcorn. My dad brought along his binoculars and asked all kinds of complex questions that I could not answer, like what exactly is an RBI and does the designated hitter ever play in the outfield. I thought the designated hitter is just the third hitter off the bench, but it turns out he does not play outfield.

Speaking of DHs, my dad had some funny reactions to my enthusiastic greetings for David Ortiz all the time. I love Big Papi. Who doesn’t love a man who sings and smashes bats in Dunkin Donuts ads with human golden retriever Rob Gronkowski? Well, my dad had some funny reactions to Mr. Ortiz too. Namely — hey, your guy isn’t hitting the ball. He would kind of swing and miss and swing and miss and then finally hit the thing pretty far.

At one point the ball got pretty close to us. A lot of home runs were hit. It was a great game to take a person to who for years told me that the only baseball player he knew was Sam Malone.

Ernie Pantuso, this is your big moment: 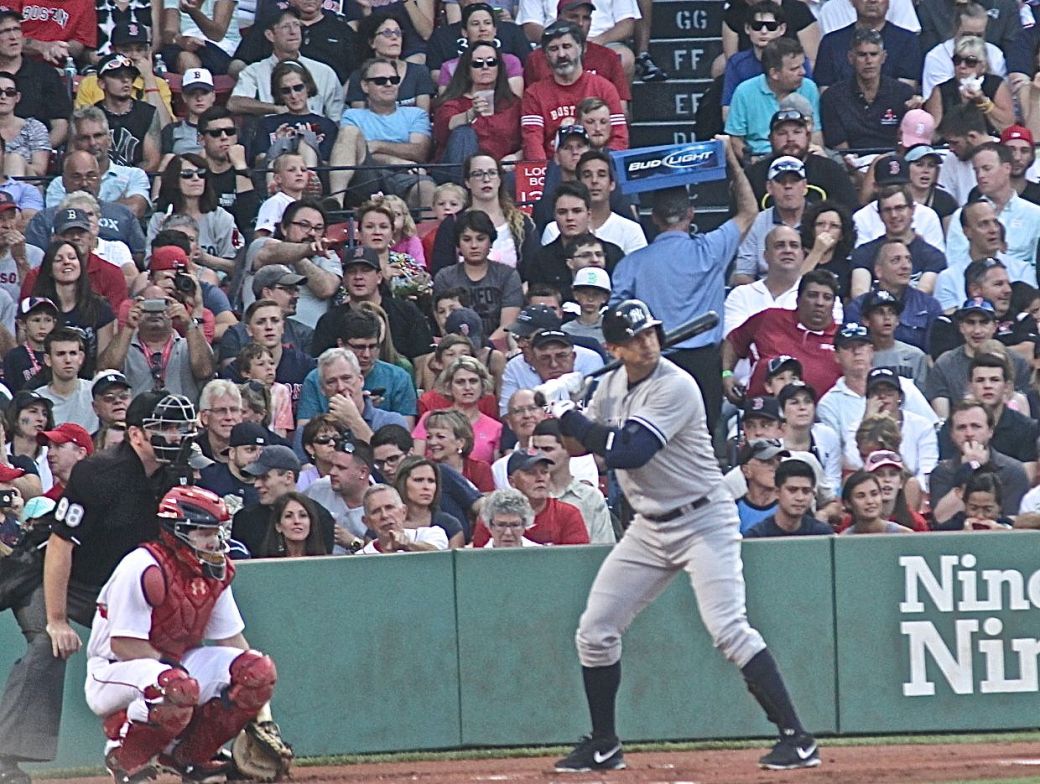 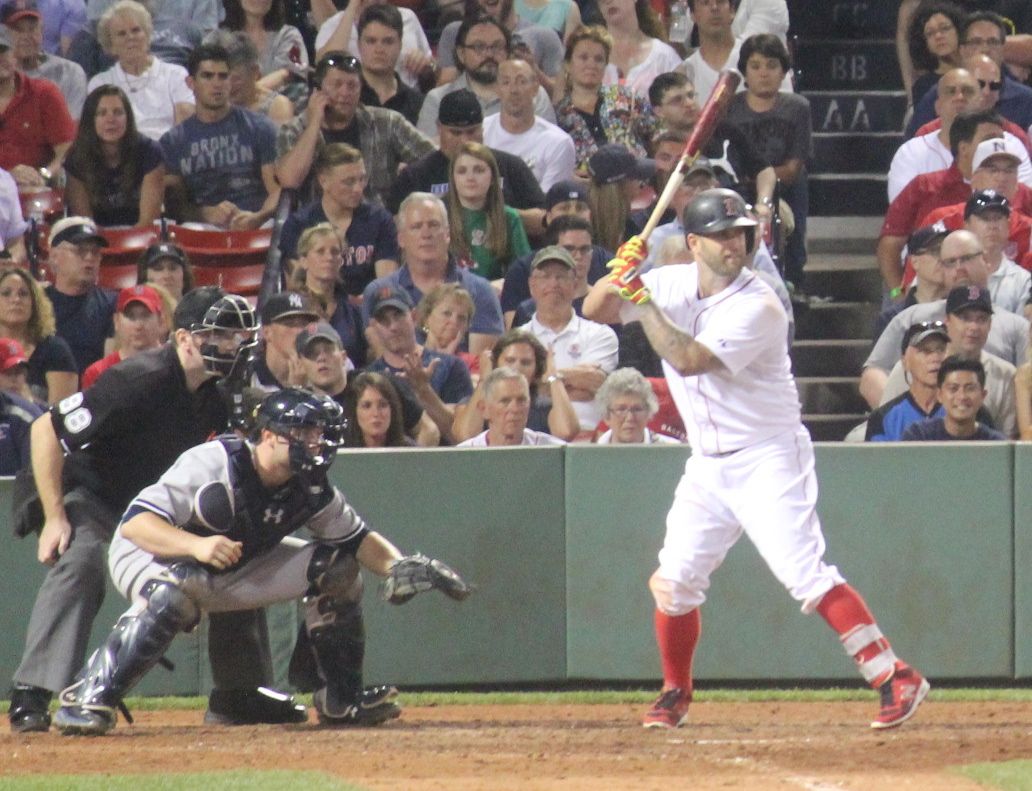 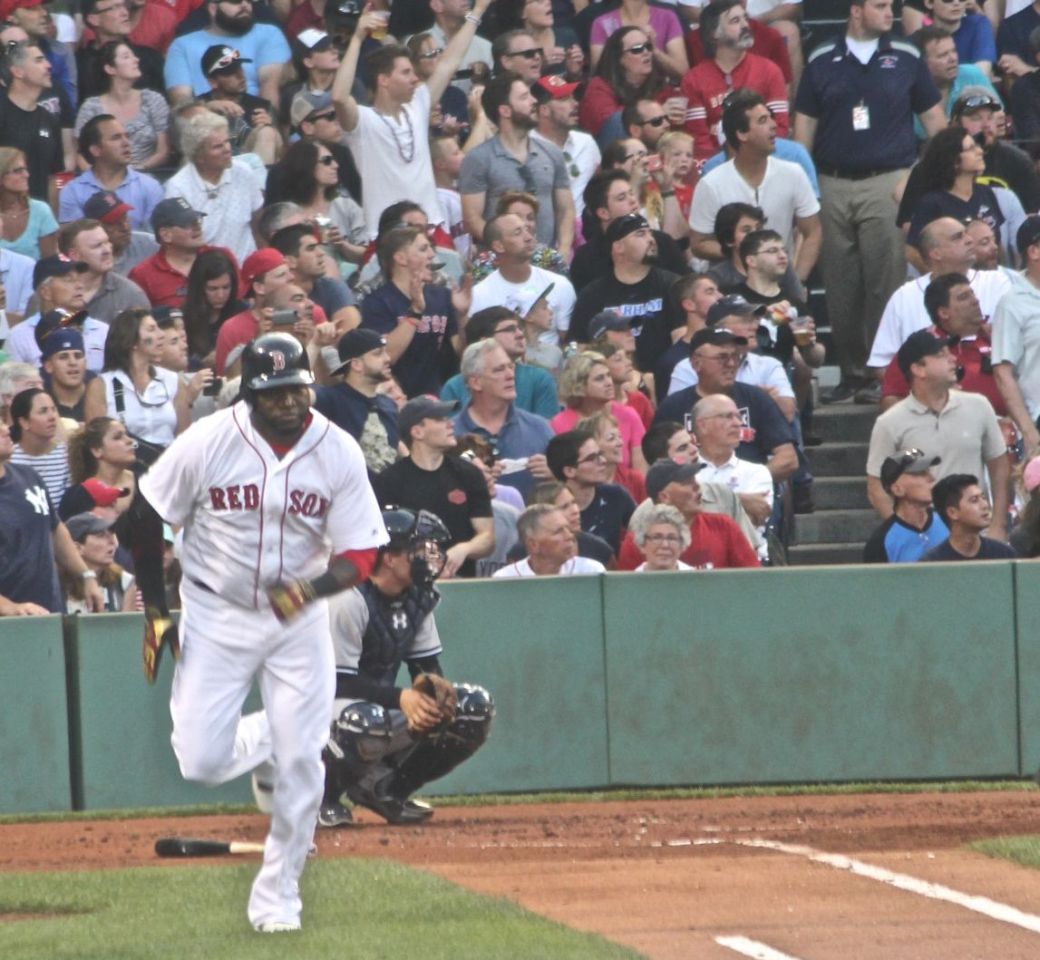 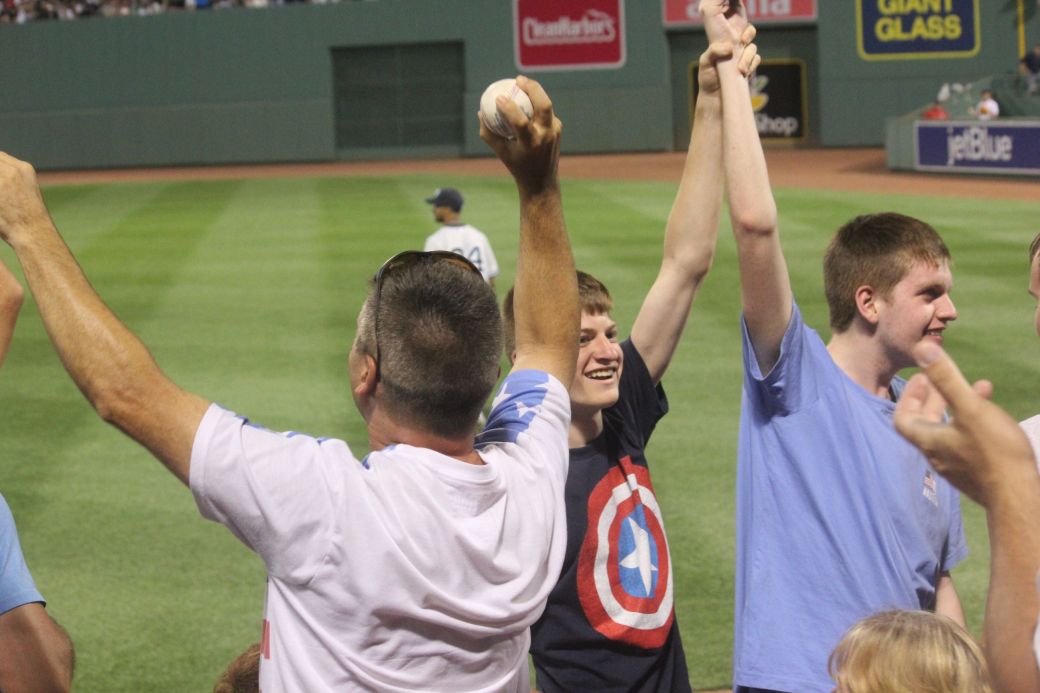 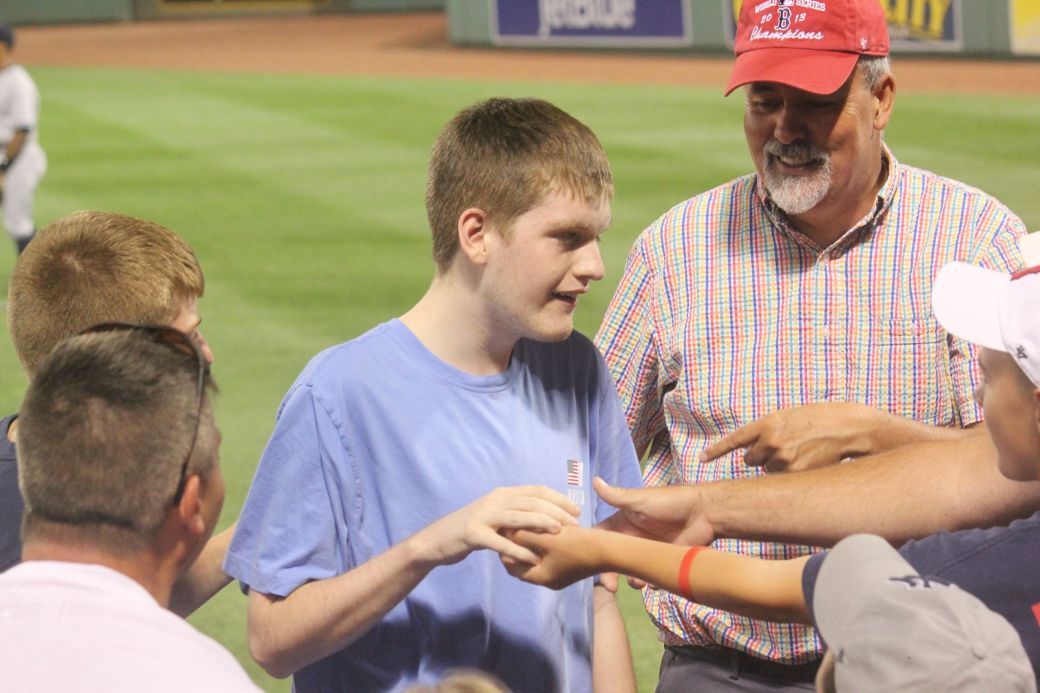 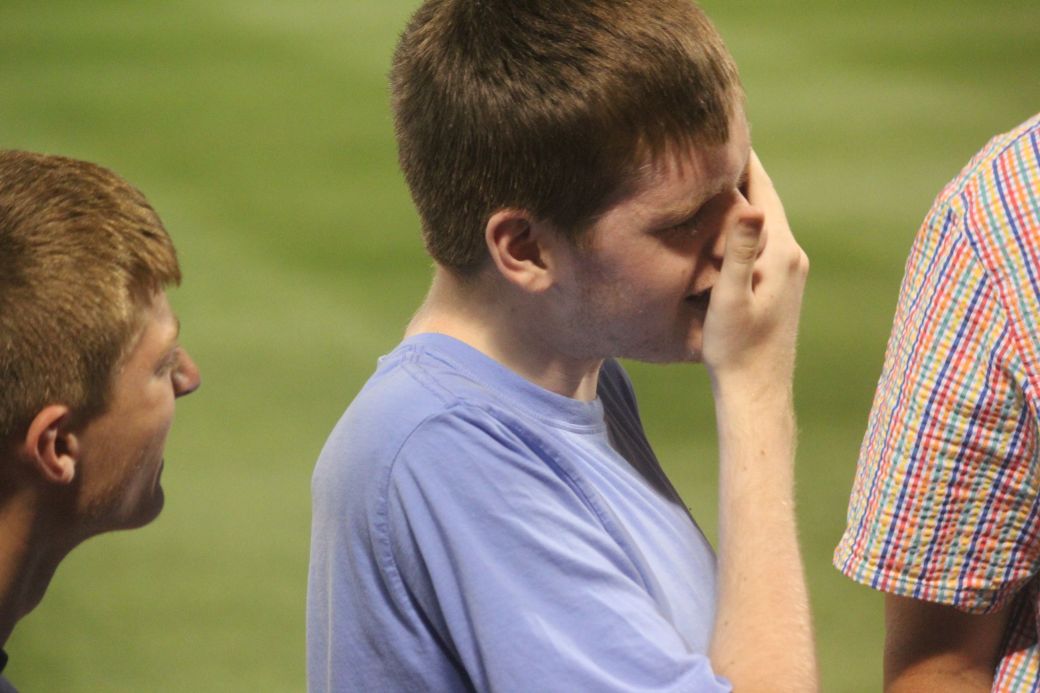