How did we get here?  I’m like a real New Yorker.  I mean there are New Yorkers that can tell you how to take a 6 train like nobody’s business.  Then there are people who remember a New York City of Run DMC imitators with boom boxes, Tower Records, the Bowery being a terrible neighborhood, Williamsburg not meaning hipster but meaning yet a more terrible neighborhood, Ed Koch, a polluted East River, dollar slices at Ray Famous Original pizza and a place that was associated with general mayhem.

To me a New Yorker is a person who spent their childhood in Manhattan.  Beyond childhood, you are just an impostor who thinks Carrie Bradshaw is a real person.

Imagine my surprise when this person turned into a Bostonian a few years ago and not just any Bostonian.  A semi-R dropping Yankee hater who refers to i-90 as “the pike.”  OK I will never stop loving the New York Rangers, but David Ortiz is basically like a demigod in my book and Gronkowski, Rob Gronkowski, leave a comment on this blog and I will just give you my phone number.

We’re at paragraph three and I haven’t made a point yet.  Can I be Yankee hating, Ortiz worshipping Bostonian and kinda sorta at times like New York?  Well, this past weekend I found out those two things could in fact coexist inside one self.

My three dear friends from the Kingdom of Bahrain, here on their yearly Eastern coastal visit proposed a sojourn to New York.  No way I was going to pass up that opportunity.  Their older relative, the manager of that traveling circus, demanded that we leave Boston no later than 3:45am.  We went careening down the Merritt Parkway to the sound of what I think was a Qatari love song.  Talk about two chapters of your life clashing rather awkwardly.

As we neared New York I entertained my friends from way afar with stories of my adventures in places with mythical names like Valhalla where I experienced things they had only heard about in movies.  Things like for example senior prom.  Which belongs only in a movie.

Our time in New York started with a walk across the Brooklyn bridge.  We landed in DUMBO, which I don’t remember being as nice as it was.  We encountered a French bulldog, which we all collectively bent down to pet.  Honestly, when I got a look at the owner, I thought he would never let us pet his dog in a million years and that he was going to be incredibly unfriendly.  He turned out to be super friendly and I wanted to ask what part of Boston he had grown up in.  BURN.  Well, at that particular moment I realized that maybe not all New Yorkers were as unfriendly as I had thought.  Maybe there were moments when I didn’t hate the city.

As with all of these crazed weekend trips, we ended up in Times Square, or as I like to call it  — hell.  OK maybe hell’s post office, but that place is really hell.  Overly aggressive Metal Hero Friends and Aloha Cats.  Next to me, an Irish mother and son were having quite the quarrel using an array of curse words I had never heard before.  I nearly turned to her and asked if I could record whatever regional variety of English she was speaking.  No way, I mean forget it.  But I guess I could have tried.

Oh and I encountered Times Square’s least clothed denizens — the desnudas.  Times Square is now populated by competing packs of painted naked ladies who told me they only agree to have their photo taken if they are paid.  Aggressively they say this.

This photography ninja still got their photo anyway.  Petting the French bulldog and talking to his amiable owner made me hate the city less.  But the demanding desnudas….. 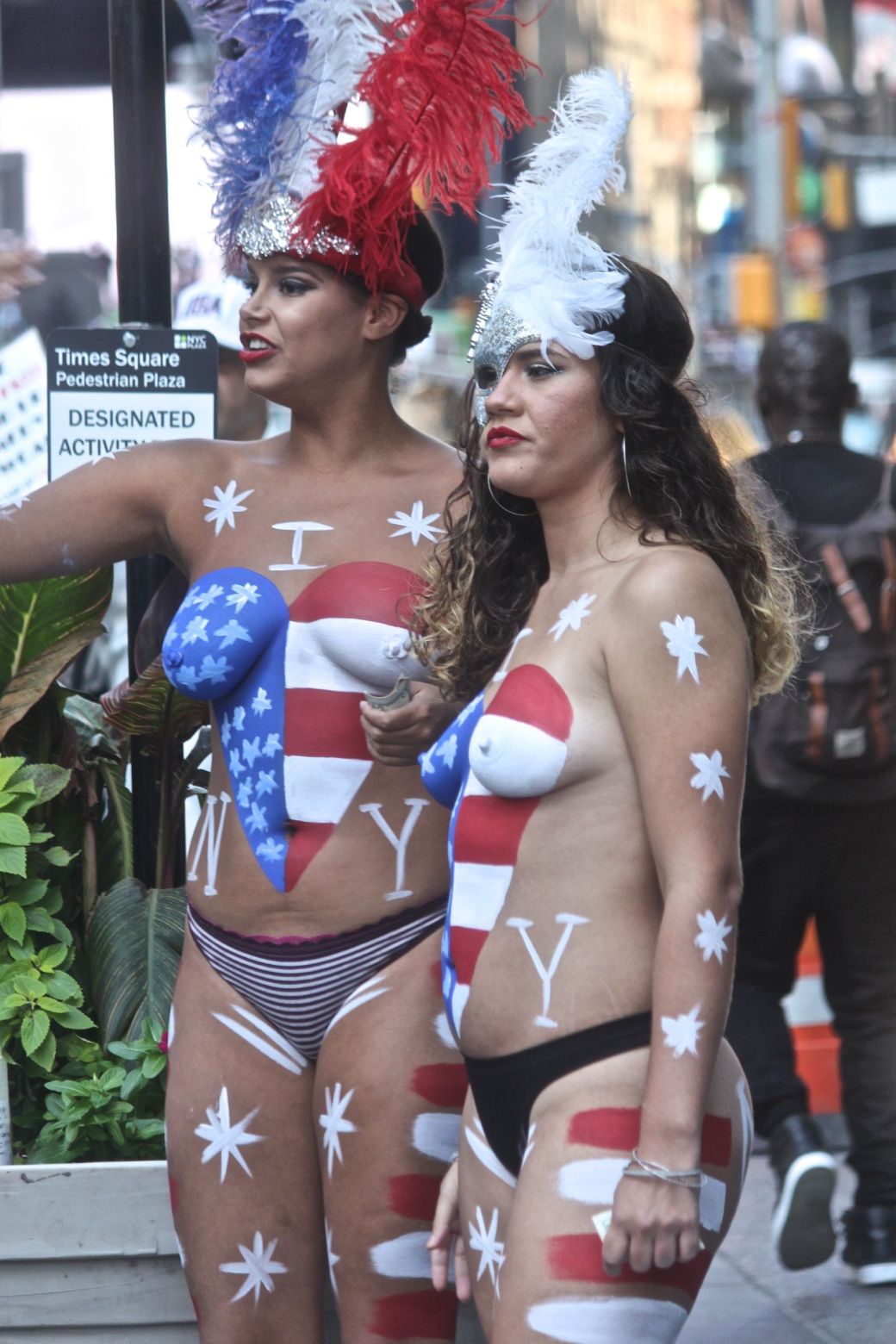 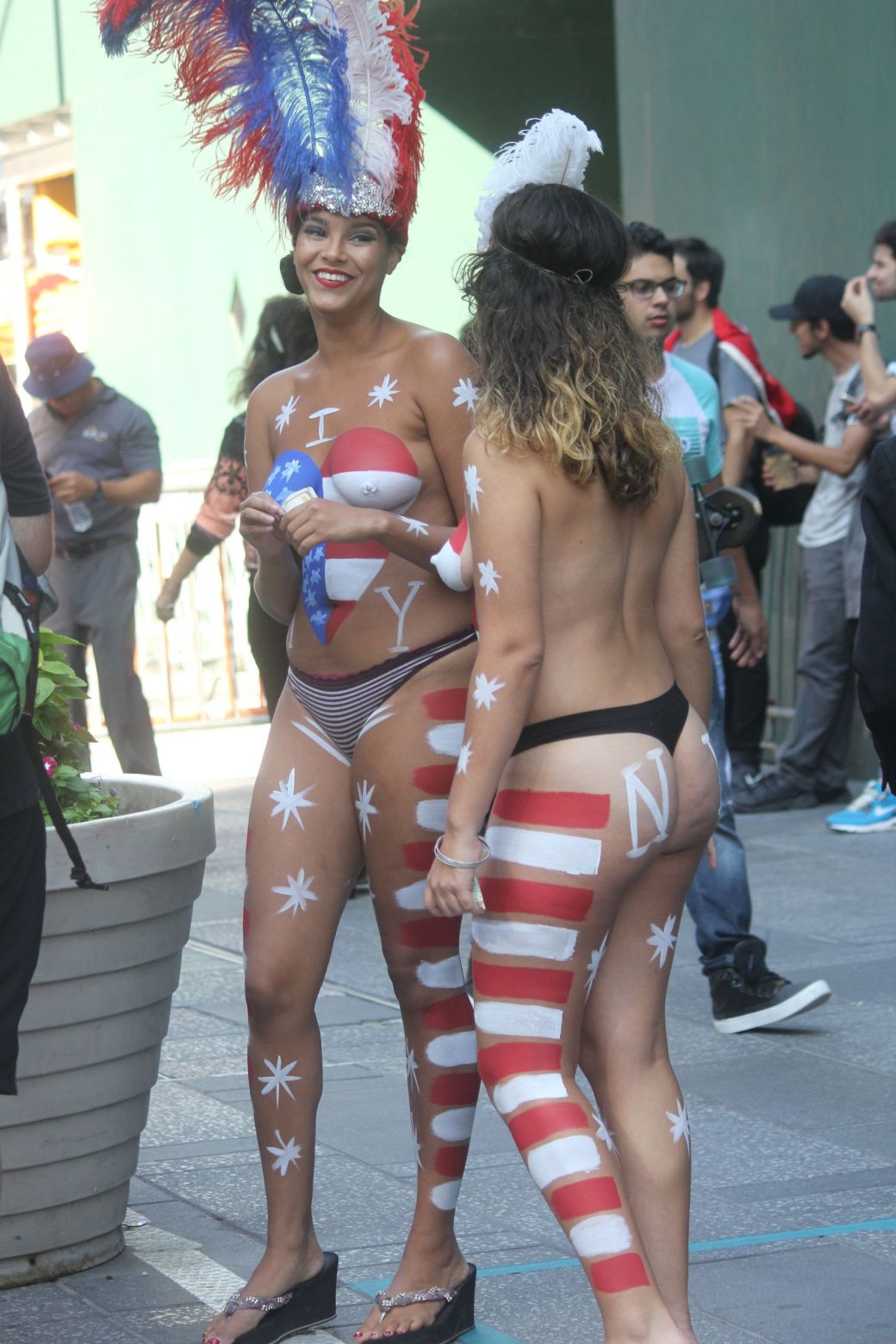