A while back I watched this engaging little documentary on YouTube about old Boston called Boston The Way It Was.  It featured the memories of people who had lived in Boston for the better part of a century.  It was filmed in 1995, featuring people who were in their 80s, talking about the city.

I’m often struck by how little its all changed.  They went to church on Sunday and then maybe lunch, followed by a walk by the seaside.  Interestingly enough, that’s how I spent this Sunday and many other Saturdays.  God, lunch, ocean and ice cream.

I was going to add “poop” because I visited the Deer Island Sewage treatment plant today as well, but may as well put the word “poop” far from the word “ice cream.”

So, like a proper Bostonian, I spent my morning at church and my afternoon on the seaside. 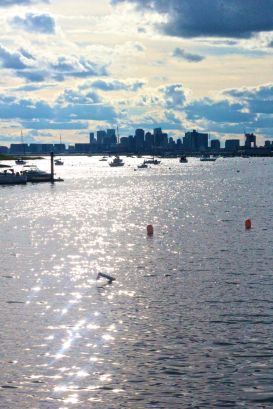